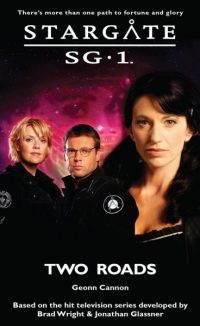 In the wake of the Goa'uld's downfall SG-1 and Vala Mal Doran both search for a treasure left behind by the System Lord Kali, which may hold the key to saving the Jaffa.

The spoils of war The Goa'uld have been defeated, and the Jaffa are free. In the power vacuum left behind, the dark underbelly of the galaxy is fighting over the spoils. Among these thieves and rogues is Vala Mal Doran, on the trail of the fabulous treasure left behind by the System Lord Kali. But Vala is not the only one seeking the hoard. Back at Stargate Command, Dr. Daniel Jackson has made a horrifying discovery — a doomsday device designed to exterminate the Jaffa who have dared to defy their gods. Kali's treasure might provide SG-1 with the means to disarm the device, but only if they can steal it back from one of the galaxy's most ruthless criminals. Of course, it's entirely possible that Vala Mal Doran will get there first ... From Fandemonium