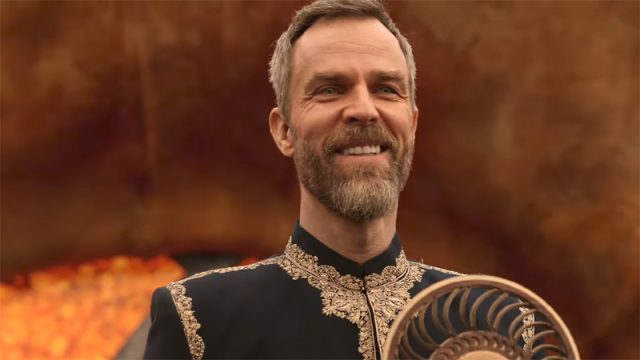 It’s a brand new world for The 100, as the science fiction drama approaches its sixth season this spring on The CW.

The network has just dropped the 4-minute, extended trailer for the show’s upcoming season, with our first look at guest star JR Bourne‘s character.

Bourne plays Russell, the charismatic leader of an idyllic settlement discovered by the refugees from Earth. But there is more to the “Sanctum” (and the rest of this new planet) than meets the eye, and Russell soon concludes that Clarke (Eliza Taylor), Bellamy (Bob Morley), and the others represent a threat to their way of life.

Meanwhile the other survivors fleeing from the total destruction of the Earth look to find their own way to survive — and to heal old wounds — in their new environment.

JR’s is a major role, expected to recur through multiple episodes over the course of the season. The series films in Stargate’s old home of Vancouver, British Columbia.

Stargate fans, of course, will know him from his recurring role in the early seasons of Stargate SG-1. Beginning with the two-parter “The Tok’ra” the actor played the Tok’ra Martouf — definitely a fan-favorite.

I don’t like where this show goes… From last spoilers I’m sure will not good as before….