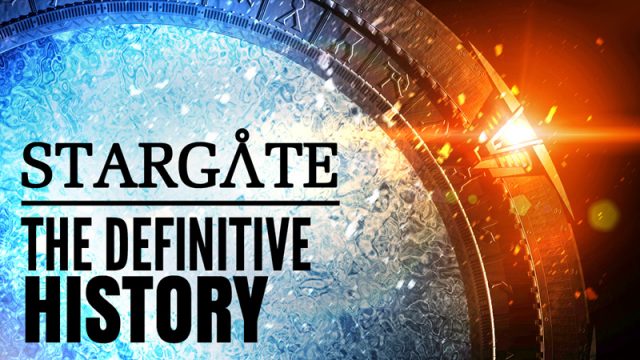 A brand new video from a pair of sci-fi fans aims to tell the definitive history of the Stargate franchise.

Shane and Brian Montgomery at The Popcast have released the new documentary on their YouTube channel, chronicling the rise of Stargate and its 14-year television run.

“I did not realize what I was in for,” Shane joked. “We’d never done anything like this. In my mind it was going to take a couple days to research it, maybe a day to write it, and a day to voice it. Oh, how naive of me! Three weeks later as I was finishing my first draft of the script, Brian and I just had to laugh. Lesson learned.” 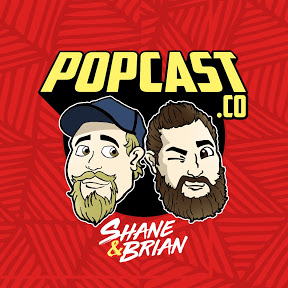 “I learned so much about Stargate doing this that I only had passing knowledge of,” he said. “… One of my favorite things we learned was that Joe Flanigan had raised money and tried to keep Atlantis going. That man is a hero in our hearts, and watching Atlantis now, we have that much more love for him.”

Originally released in three installments, the first video has been watched more than 25,000 times in its first week. Now it’s been cut together as a single, 51-minute documentary. Watch it below!

Shane and Brian’s history includes plenty of stories you may have heard plus a few you probably haven’t — from the lawsuit over the original Stargate idea, to the casting of Richard Dean Anderson and the rest of the team, to Dean Devlin and Roland Emmerich’s failed attempts to make a new Stargate film trilogy.

Of course they also get into the cancellation of Atlantis, the producers’ turn to a very different tone in Stargate Universe, and an attempted resurgence with 2018’s Stargate Origins.

Watch the documentary below, then scroll down for an interview with the creators.

GateWorld: So who is The Popcast? How long has the channel been going, and what got you guys into this?

The Popcast: We are military veterans and brothers, Shane and Brian. We reconnected as adults and realized we both had a love for science fiction TV shows and movies. With me (Shane) a prior Navy Radio personality and Brian managing a podcast website, we started doing shows together in 2012.

Not believing anyone wanted to watch two old guys talk on YouTube, we avoided starting a channel for a long time. In 2017, MixedTees.com offered us a platform on their YouTube channel to get our show going. Then on June 20, 2018, we started on our channel called The Popcast. On our 1-year anniversary we hit 13,000 subscribers, and we are excited to see what we can do in our second year on YouTube.

Obviously you have to be a fan of Stargate to some degree to do all this research and produce a nearly hour-long video. When and how did you discover Stargate? How long have you been fans?

I watched the movie when it came out in theaters. And while I enjoyed it, it was my second favorite movie that year — behind Star Trek: Generations. Brian, on the other hand was a superfan from the beginning. As a teenager he jumped from the movie to SG-1, and Stargate has been Brian’s first-love science fiction franchise ever since.

I, being the older brother, spent 1994 to 2001 overseas and deployed in the Navy. I only had a vague idea that Stargate had made the leap to TV. I never made the connection. Then in 2012, Brian and I were having a conversation about sci-fi franchises. And when I told him I had never seen Stargate on TV, he lost his mind and forced me to start watching it immediately!

It only took “Children of the Gods,” and I was totally and completely hooked. Stargate quickly became a favorite science fiction franchise, behind only Star Trek.

How did the idea for this long-form video project come about?

We’ve been talking about doing videos about Stargate for a long time. But with very little news to talk about, we never got the opportunity. Then in March of this year we started doing these “Popcast Paradox” videos and we started transitioning from a couple guys talking about things to an actually produced and edited show that focuses on a theory or something specific with the science fiction shows we were covering.

In May, we decided it was time to do something for our beloved Stargate. We said, “Well, let’s get a making-of video or some sort of official documentary about the history of the show, and let’s see if we can find something to focus us.” Despite searching everywhere, we couldn’t find anything that told the whole story of Stargate.

Even though we had never done anything on a scale like this, we thought … how hard could it be?

It was hard! But we are glad we did it, because it needed to be done for the fans.

How did you approach scoping out the video and researching it?

So the way we work is I typically do the research, write the script, and then voice it. Brian then takes my product, perfects the audio, and then creates a masterpiece with video and music. We really work to each other’s strengths very well.

But as far as research goes, I did not realize what I was in for. As I said before, we’d never done anything like this. In my mind it was going to take a couple days to research it, maybe a day to write it, and a day to voice it. Oh, how naive of me! Three weeks later as I was finishing my first draft of the script, Brian and I just had to laugh. Lesson learned.

My 3-week education was fascinating. I started with the idea that Stargate didn’t do great on the Tomato Meter — and so how would that translate into one of the most storied franchises of all time? So I went back to the very beginning, before the movie was made, and started making notes in a very linear fashion. My goal was that everything would follow a timetable that viewers could follow, and that it followed the natural flow of time. I really wanted it to tell its own story.

Thanks goodness that you, GateWorld, have been archiving the history of Stargate for almost 20 years. The information on GateWorld was a key resource to getting this video done. With the Internet still new during the start of Stargate, tracking down information was not always easy. I pulled information from more than 100 web pages, cross-referencing interviews and double-checking facts every step of the way.

I was terrified to get anything wrong. There are tons of Stargate fans that we did not want to disappoint.

What is the most interesting thing you learned that you didn’t know before you started? Did anything shock you?

I learned so much about Stargate doing this that I only had passing knowledge of. I feel like now I could sit down and mix it up with anyone. But going through it, a lot of the fun was that I was learning about it as if it was new.

There were a few things that really stood out to me. Neither Brian nor I were aware that there was a lawsuit charging that the idea for the original Stargate movie had been stolen from someone else. That was really fascinating — in the fact that it happened, and he settled out of court for $50,000, and the fact that there is incredibly very little out there about this. I made phone calls, tried to access old court documents and everything to try and get to exactly what happened there. But no one is talking. There is more to that story that would be cool to uncover someday.

One of my favorite things we learned was that Joe Flanigan had raised money and tried to keep Atlantis going. That man is a hero in our hearts, and watching Atlantis now, we have that much more love for him. You have to really believe in what you are doing and love something to try and save it like that. Of course it was heartbreaking when it didn’t work out.

It was fascinating to realize during the making of this that the franchise was really the victim of this perfect storm: the decline of the dollar, the new streaming services, MGM’s bankruptcy, and the fan’s reaction to Universe, among other things. I don’t think any franchise could have survived that. Also, I think looking back, fans probably wish that had given Universe more love. After 15 seasons of amazing television Wright and Cooper, in our opinion, deserved to try something and maybe not hit a home run with it. They’d earned that right.

It’s amazing that since then we haven’t seen the development of a major series. We know making sci-fi for TV is not cheap — but there are more stories to be told here. Hopefully Brad Wright is really making strides with MGM, because we need a new series soon.

How has the response to the project been?

We were nervous when we released Part 1. We weren’t sure how it would be received. But the positive response and support has been overwhelming. Fans have been so thankful to have the whole story in one video for the first time.

We released Parts 2 and 3 in subsequent days, and then a couple of days later we decided to release all three parts as one video. Besides the great piece of info you had about Alexis Cruz that didn’t make our video, there is one clarification I wish we would have made: I say that Stargate SG-1 is the “longest running science fiction show,” and we failed to say U.S. series. Of course Doctor Who is the longest, and we’ve heard about that.

Other than that, we are really happy with how the documentary turned out. It’s our hope that every Stargate fan out there will get a chance to see it and learn about the history of this amazing franchise.

Right! I mentioned that Alexis originally had been approached about being a regular on SG-1. So are there any plans to do more Stargate for your channel?

Fully expect more Stargate stories coming from us! We already have requests for a deep dive on Michael Shanks when he nearly left SG-1. And I can see us doing something specific to Alexis Cruz soon too, since we missed it.

There are tons of fascinating things we can still learn about Stargate, as we wait for new content from MGM.

Our thanks to Shane and Brian! Head over to The Popcast on YouTube for more videos. The guys also cover Star Trek, The Orville, Star Wars, and other science fiction favorites.

Wonderful video thank you for sharing. So heartbreaking how close Stargate came to being resurrected time and again. Hopefully 2019 is finally the year it happens.

Hellow you have given great hope and inspiration to myself and family, And the fans too! come back on the air for all to see and wonder! I miss it all and would love to even act in your shows. It would be an honor for all test of time to remember and look back when your older, you have done all you can do and feel full filled in life and to your fans family and friends!