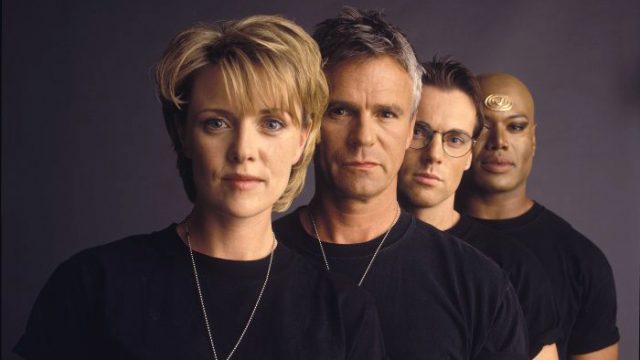 Every day this week we are counting down to the 25th anniversary of Stargate (1994), with “Finding Fandom.” In this introductory installment writer Jacqueline Purse considers the shape of Stargate fandom — a group of people who refuse to let this universe fade away.

Whether it’s a sports team, a rock band, or a little-known television franchise called Stargate, we’re all a fan of something, aren’t we?

With Stargate, it could be a character that we love, or a story arc that caught our attention. But every fan will have a particular aspect that they enjoy, that one element that drew them to the series in the first place. 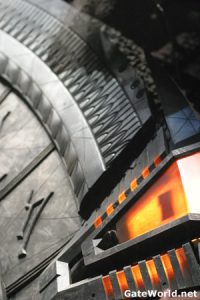 Even though we all have our different reasons for being a fan (as well as varying levels of involvement), however, we all fall under the umbrella term of fandom. Being a part of fandom is to be a (particularly enthusiastic) fan of someone or something. Of course it isn’t a new term or phenomenon, but emerging technologies and ways of communicating have changed how fandoms are perceived, how they are organized, and how they stay connected.

Today social media, for example, plays a vital role in how people can be situated all over the world and yet come together in an instant to discuss their favorite show. Twitter is a perfect illustration: it opens up a new avenue for the fan base and gives them a way to communicate with each other and have access to the cast and crew in a way that wasn’t possible before.

In recent weeks Joseph Mallozzi, former writer and executive producer for the trio of Stargate TV series, hosted the “Stargate SG-1 Greatest Episode Tournament” on Twitter. This consisted of a number of polls allowing fans to vote for their favorite episode, round by round, until just one remained. (Spoiler alert: “Window of Opportunity” was crowned the victor over “Lost City, Part 2.”) And at the time of writing, a Stargate Atlantis tournament was underway, with Universe to follow).

The polls are interactive, almost immersive, and I love the idea. Not only was it a great way to reminisce and let fans discuss their top episodes, but it delivered a different perspective as Joe happily shared trivia from the show and provided an “insider’s insight” that we didn’t have before. But this is just one example of how appreciative and respectful Joe is towards the fan base as he regularly answers questions about the various shows he’s worked on, seeks fans’ views on subjects, or posts behind-the-scenes photographs and videos. 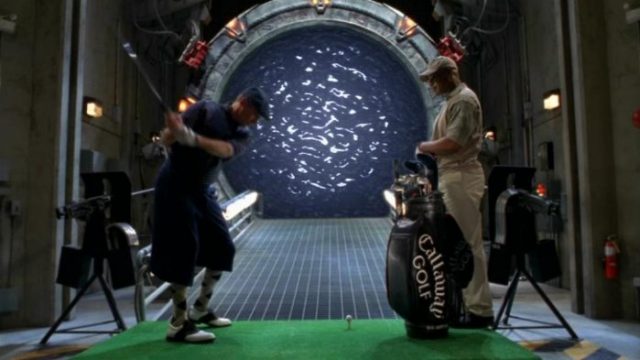 This kind of interaction is fun and informative, and it breaks through the barrier between fans and those associated with a show. Don’t get me wrong — there is still a respectful distance that remains. But social media has been able to bring the fans “closer to the action,” as it were.

The Internet as a whole has enabled fan culture to become more accessible and widespread. GateWorld has been doing this for two decades now. Another example is Stargate Command, MGM’s official platform for the franchise that launched in 2017. Last year the Internet was the platform of choice for MGM when, in partnership with Tongal, they launched the “Stargate Superfan Panel Project.” This saw up to 10 fans win a spot on a fan advisory panel to contribute to Stargate’s ongoing endeavors.

Only a few details have been released since its assembly (that I’m aware of), and while there is still no sign of a third SG-1 movie or an Atlantis movie, it is interesting that the studio has reached out to the fans of one of its most popular franchises.

So, does this mean the studio executives are listening and are aware of the fans’ desire for a revival? Surely there must be something of interest if they are prepared to launch initiatives that revolve around fan interaction? Because, let’s be honest, most of us will know of a TV show that was once hugely popular – and with a significant fan following – but when it’s been cancelled, its support has also subsequently dwindled, to where its recognition over the years has become more of a casual, “Oh, yeah, I remember that show …” 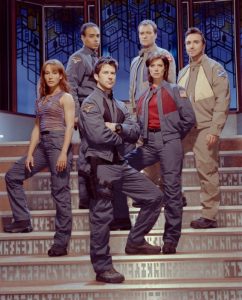 Let’s briefly look at the Stargate franchise in relation to the three television series. Showtime initially committed to 44 episodes in 1996, with principal photography beginning in Vancouver in February of 1997. Stargate SG-1 aired from 1997 to 2007 (with The Ark of Truth and Continuum releasing the following year), while Stargate Atlantis commenced in 2004 are ran until 2009. Stargate Universe ran from 2009 to 2011.

It has been over eight years since any new episodes of the franchise have graced our television screens, and yet the fan base has refused to fade into obscurity. It’s still going strong and, using Twitter as an example, there appears to have been a surge in support of the show recently — both among the older fans and those discovering the series for the first time. Why?

Is it because a number of actors have made convention appearances in recent months (Richard Dean Anderson and Amanda Tapping at Wales Comic Con, for instance)? Or perhaps it has something to do with Atlantis celebrating its fifteenth anniversary at San Diego Comic Con earlier this year?

Whatever the reasons, it is encouraging to see. But it also invites the question: just what has captured fans’ interest over the years and kept them invested in the franchise? What has made Stargate different, and enabled it to stand the test of time when other shows – and its fans – have come and gone? 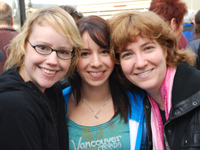 Stargate fans at the 2009 Stargate convention in Vancouver

This month, the movie that inspired the TV franchise turns 25 years old. In addition, GateWorld itself – a site created by a fan, for the fans – is turning 20. So, it feels like the perfect time to look at, and pay tribute to, the fans of this long-lasting franchise.

You’ll hear from many different voices. This daily series will focus on your thoughts about Stargate and your participation within the wider fandom. From conventions and cosplay to the friendships you’ve made because of the show and your hopes of a revival, we’ll look at all of this — and more. And we want you to get involved, in the comments and on social media, and tell us about what Stargate has meant to you!

Before we can get into any of that, however, we’ll need to look at what has brought us together in the first place: the show itself. So, stay tuned on Tuesday for the reasons why we fans love Stargate.

I just finished watching all of Atlantis loved every minute of it. I am. Ow about 1/2 way through SG-1. And loving as much as the first time I saw it. I would love to see a reboot or another movie

Great article! We have been watch Star Trek since the very first one. Still watch all rerun to this date! Keep up the great, well written articles!