Browse: Home / 2021 / June / That Sanctuary Reboot Is Still In Development 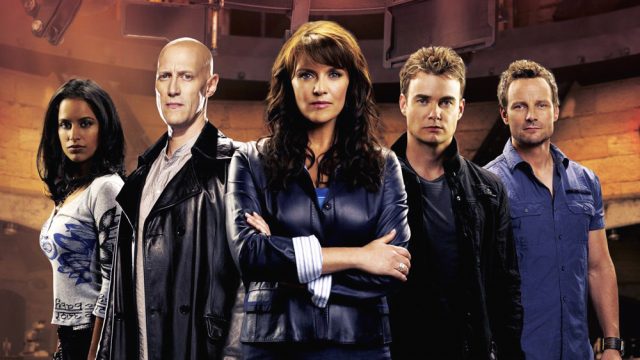 Efforts to bring Amanda Tapping’s fantasy drama Sanctuary back to television are still in the works, according to a new report at Deadline.

Former ABC Studios creative development senior VP Amy Hartwick has joined the Motion Picture Corporation of America, an organization that produces Christmas and romance-themed television movies for outlets such as Hallmark and Netflix, as well as Hallmark’s hit series When Calls the Heart. The MPCA is looking to expand its TV production business, and a reboot of Sanctuary is said to be one of the first projects that Hartwick will take on as its President of Television.

Airing from 2008 to 2011 on Syfy Channel, Sanctuary followed a team of monster hunters led by Dr. Helen Magnus (Stargate‘s Amanda Tapping), a brilliant scientist from the nineteenth century who had been gifted with longevity. A global network of Sancturies sought to protect the world from “Abnormal” forms of life, and to protect Abnormals from the world. 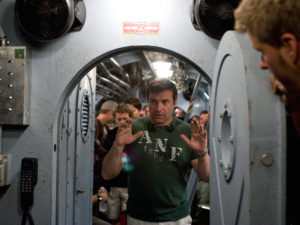 Martin Wood directs inside a submarine for Sanctuary‘s “Requiem.”

News broke in March of 2020 that former Sanctuary executive producer and director Martin Wood (who also worked on the Stargate franchise) and All Canadian Entertainment had acquired the rights to the franchise and were looking to create a new series. Wood was quoted at the time saying, “Sanctuary was truly a show that wasn’t afraid to push beyond the edges, both in terms of storytelling and visual innovation. With the technology that’s available today, we look forward to further continuing to push onwards, trailblazing and making monsters.”

At the time Deadline had also reported that Tapping was deep in talks to reprise her role in some form — but that proved inaccurate. Tapping herself criticized the reporting, and Deadline retracted the story citing errors and miscommunication behind the scenes. It appears as though only the rights to the series were being acquired from The Beedie Group, a consortium of investors who funded the original series during its production — and at the time there were aspirations, but no active development on a new show yet.

Sanctuary ran for four seasons on Syfy and also performed well internationally. The series is now listed on the MPCA Web site, which states that the company now represents all international rights to the show.

I’m currently watching Sanctuary right now! This is going to be interesting!

Just a fan in late 50s, whose mother was a fan in hers 80s, then, she is now passdd, was a fan also. Mother stated Sanctuary cancelation was as short sited as the cancelation of the original Star Trek series who thought William Shatter and Crew where like Amanda Tappping and crew in both SG1 and Sanctuary.

Amazing show. It was a huge inspiration on my life.