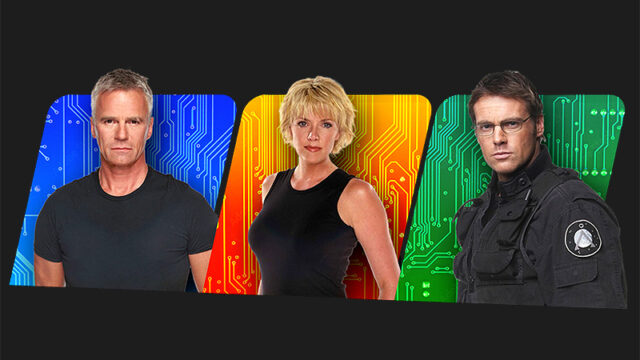 The Stargate A.I. project is back for another livestream event after the success of last year’s antics. This month cast members from Stargate SG-1 will reunite for a unique kind of table reading, with a Stargate script written by artificial intelligence.

We told you in March about the Stargate A.I. “Version 2.0” project from our friends at The Companion, and it’s almost here! The livestream watch party has been set for Saturday, May 21 (time to be announced).

Take a peek at the brand new trailer from The Companion (and scroll down to find the hilarious highlight reel from Version 1.0):

Once again signed up for hosting duties is actor and Stargate fan Marc Evan Jackson (Brooklyn Nine-Nine). Stargate SG-1 co-creator Brad Wright will also be there, along with Google A.I. advocate Laurence Moroney.

Since Anderson missed out on the first A.I. experiment last fall, this is the first time he has read dialogue for the character since 2013’s mobile game Stargate SG-1: Unleashed. His last screen appearance as Jack O’Neill was in Stargate Universe‘s first season, in 2010. 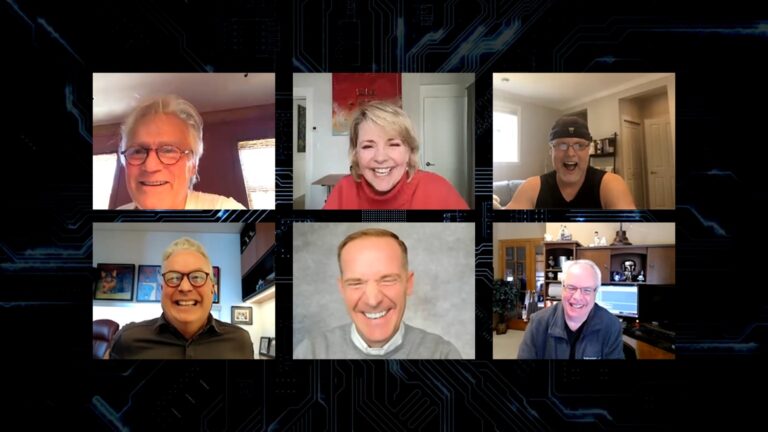 The first Stargate A.I. table read streamed in November 2021, with pages that were … shall we say, a little on the kooky side? Multiple A.I.s were fed the entire body of Stargate scripts and programmed to respond as each character might. But there wasn’t a whole lot of plot or overall consistency holding together any individual scene, leading to some truly hilarious moments.

With Version 2.0, however, The Companion is kicking things up a notch. The Stargate A.I. has been further refined, with a greater number of more focused models producing scenarios and dialogue that are more coherent. Click on these sample pages to see some of what we’re in for: 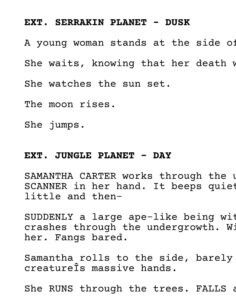 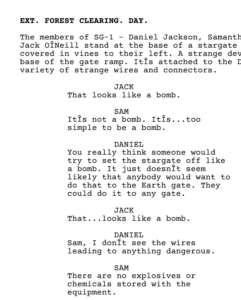 Fans who are new to The Companion can sign up for a free trial to participate in the event, or use the code “GATEWORLD” to save $10 off an annual subscription. Visit TheCompanion.app to learn more.

at some point, without be Gaould, they will have to bring their false teeth with them in their go-bags… That video did not actually show any type of or hint of a show, just them joking around, in old age..

It’s a read-through of an artificially generated script…so….of course we got to joke around :)

I’m very excited. Looks like a lot of fun.