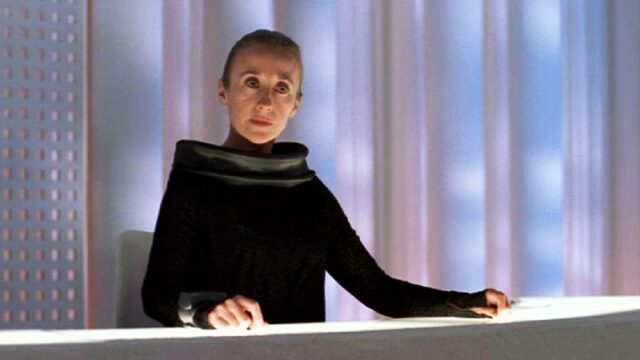 Stargate introduced some fascinating alien races over three shows and more than 350 episodes, from the most alien to the very human. As the story of SG-1 unfolds we learn that the Goa’uld transplanted ancient human cultures from Earth thousands of years ago — so most of the populated worlds in our galaxy really do have human inhabitants.

But what happens when you allow a transplanted culture to grow and change on its own course for a few millennia?

One of the more interesting peoples that SG-1 encountered early in its travels is the Tollan. They are one of the few instances of a human civilization that have evolved to a point that is more technologically advanced than Earth, since the Goa’uld abandoned their home planet long ago rather than keeping them in servitude.

The Tollan are not only advanced, but they’re also pretty smug about it. And they refuse to share their technology with Earth. At least they have a pretty good reason: the Tollan once gave the technology to produce unlimited energy to the neighboring world of Serita, only to see them use it to make war. The Seritans destroyed their own planet in a day, with cataclysmic results for Tollana.

Ready to make friends with the Tollan? Here’s the watch list: 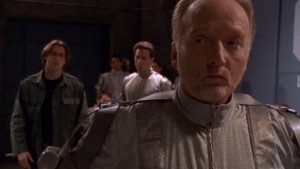 We first meet the Tollan when SG-1 gates to a world in the midst of a volcanic apocalypse, rescuing a group of survivors from a world that has just been evacuated. But since the new Tollan homeworld doesn’t have a Stargate (yet), Earth must attempt to resettle Omac (guest star Tobin Bell, Saw), Narim (Garwin Sanford), and the rest of the Tollan on a suitable planet.

It doesn’t take long before the Tollan make it clear that no planet will be suitable … and then the N.I.D. come knocking, wanting to take the aliens into custody. 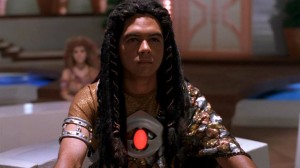 Two years after Stargate Command bid farewell to the Tollan we learn that the Nox helped to reunite Narim and the others with their people on the new homeworld, Tollana. Now the Goa’uld Klorel has crash-landed there, giving his host Skaara a chance to plead with the Tollan for intervention.

SG-1 is invited for Triad, a trial where either Skaara or Klorel (Alexis Cruz) will be granted priority over their shared body. Jack and Daniel are called upon to represent their friend, while Sam and Teal’c discover that the Goa’uld representative Zipacna is up to no good … 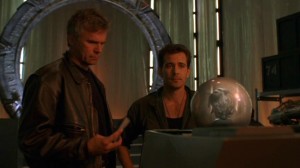 Hoping to improve relations with their new ally the Tollan, the S.G.C. sends SG-1 to meet with High Chancellor Travell (Marie Stillin). But when the Tollan again refuse to share any technologies with Earth, Jack goes rogue and steals a device on his way back to the Stargate.

The result is a diplomatic catastrophe that sees Jack forced into retirement, after which he hooks up with some ne’er-do-wells who are up to no good with their own off-world recon program — and the future alliance with the Tollan is on the line. 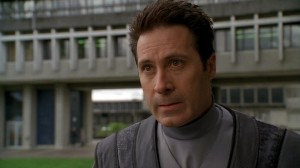 Despite their unwillingness to share advanced technology the Tollan remain a key ally to Earth. So it’s a shocker when suddenly Travell offers to trade a powerful ion cannon, and essentially give Earth everything they’ve ever wanted.

The story that follows this shocking offer is a game of intrigue and subterfuge, as SG-1 convinces Narim to help them figure out what is really going on here. Along the way they’ll find a cutting-edge weapon, a deadly new adversary, and a reason for the Tollan to stand up for what they believe in … no matter the cost.