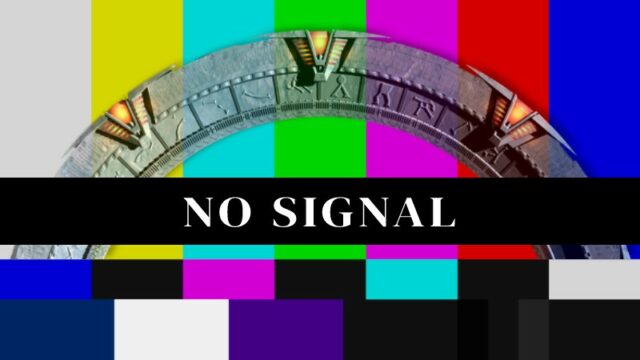 UPDATE 1/4/23: Stargate SG-1 is now back on Prime Video as of January 4, though with the syndication cut of the episodes. Read more here.

UPDATE 1/1/2023: Stargate SG-1 has left the Prime Video streaming service … however, Atlantis and Stargate Universe are still available. We will continue to monitor the shows’ availability (here is GateWorld’s “Where to Watch” page). The original report follows.

The Stargate franchise has been enjoying something of a resurgence in recent years, with a brand new audience discovering the shows and movies for the very first time. But MGM sure isn’t making it easy to find the shows, which seem to hop from streamer to streamer every few months.

After Stargate SG-1, Stargate Atlantis, and Stargate Universe finally made their triumphant return to Prime Video in the United States just two months ago, this weekend the service surprised fans by listing the series for removal from the streaming service. All three shows are currently listed as leaving Prime as of on December 30, 2022.

That’s especially surprising given the fact that Amazon itself recently purchased MGM, including Stargate, for $8.45 billion. Since the deal closed back in March, the hope has been that the entire Stargate franchise — TV and movies — will be consolidated on Prime Video and made available worldwide.

SG-1 recently departed Netflix in the U.S. after that license expired. Atlantis, meanwhile, remains viewable over on Hulu. All three shows are also on demand on Pluto TV, though here they come with commercials. (That’s why Pluto TV is free.) And, again, it’s only in the U.S. 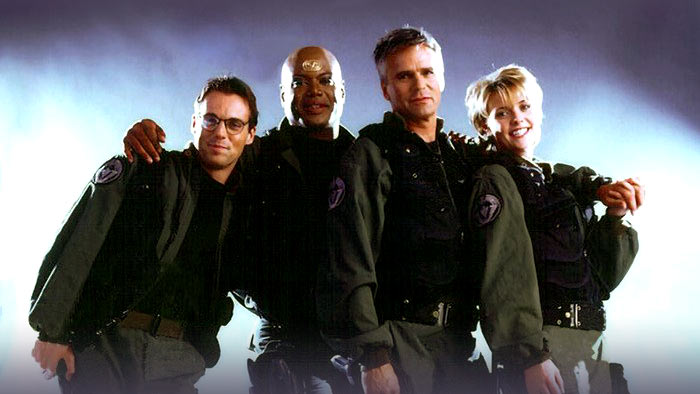 Other countries and territories have their own broadcast and streaming deals in place, so check your local listings.

So what’s up with Prime Video? It could be that Stargate’s early expiration date is a simple error — or, that Amazon will have MGM extend its self-license before the month is up. It wouldn’t be the first time that Stargate was listed to expire but then stuck around anyway, thanks to a last-minute renewal.

There’s also one other possibility that could explain the franchise’s short, 3-month stay on Prime Video: Amazon might be planning to put Stargate on another of its SVOD platforms — Epix, MGM’s own premium cable and streaming service. Epix will be rebranded as “MGM+” starting on January 15, so the timing might make sense here, bolstering its on-demand offerings with content from MGM’s library to help support the rebranding effort.

However it shakes out, we’ll keep tabs on where you can stream Stargate online and update GateWorld’s “Where to Watch” page!

Thanks to River, Jacob, shelly, and ken for the tip!

This is why I purchased the DVD sets for all the Stargate series. So I can watch them when I want.

When Stargate Atlantis leaves so do I.

Exactly bunch of idiots, just got the prime and MGM specifically for watching this and now they will remove them. Job well done 🤦

Pluto TV has Stargate for Free.

In the uk they are only available to watch on mgm via subscription. Been like that for a while.

In the gcc the whole franchise is not available, I sent many emails to the with no results

If amazon think people are going to flock to the mgm service to watch new stargate content they really need to have a word with themselves.

Piracy will be rampant.

Oops . I literally bought the mgm add on to Prime purely for the Stargate programmes lol

I’ll watch low quality DVDs before I pay for yet another damn streaming service,

SG-1 on streamers has always been atrocious. The DVDs look better and are in 16×9. So, yes.

Not just the UK, in the Netherlands as well

A reminder that Pluto TV still has the entire franchise on demand and on live TV if you’re in the US including the two SG-1 movies. They had the original movie too but stopped playing it so they might not have that anymore.

This is crap. First Star Trek, now Stargate. You would think since that goon Bezos bought MGM he would just keep it on amazon but looks like the bloodsucker is looking to extract more money out of people by moving it the MGM+ streaming service. No way am I subscribing to that just for this. Just bought the DVD to get it over with…

And here’s yet another spin on the Stargate game of musical chairs: according to Stargate subreddit and Comet TV’s website, SG-1 will be back on Comet TV starting in January 2023. The good thing about the Stargate game of where-will-it-land, however, is that I’ve finally formulated a theory of what is going on: Amazon realized that keeping Stargate on Prime doesn’t really do them much good. It’s an older show with a limited fanbase and isn’t going to draw in new Prime subscribers; hence, they’ve realized they’re better off licensing it to other streamers and bringing in that revenue and… Read more »

Hmm … well that’s a new wrinkle indeed. Comet is a different animal (no streaming on demand option), and when Stargate was airing there in the past it didn’t seem to have any impact on its availability elsewhere on streaming services. I assume that’ll be the case next year as well — Comet just isn’t a big enough platform to get an exclusive, and they don’t even operate in the SVOD category.

The January 16 launch is interesting to me, however. That’s just one day after MGM+’s rebranding launch.

I vaguely recall doing research on Comet TV before and realizing that Sinclair is either owned by or affiliated with MGM somehow, is that the case? In which case it’s not really a competitor to MGM and so Amazon wouldn’t be worried by it competing with their MGM+ service.

I think they are just partners — they launched COMET together in 2015, then the action/cop show channel CHARGE in 2017. I haven’t found any indications the companies have any deeper connections. In any case, COMET is a very different kind of outlet, so I don’t think anyone would think of it as a competitor to a streaming or VOD service. Even if you can catch “Children of the Gods” on COMET by tuning in at 4:00 pm on a Monday or setting your Comcast DVR, offering the same content on demand via Prime Video or MGM+ is still an… Read more »

Sinclair is (started as) a Newspaper business, and boy, they LOVE spending their money the same way they made it, A DIME AT A TIME…they will cut cscenes, drop parts of the actual show to cut out to more commercials and will ALWAYS see thst as good “business” sense. Criminally Stupid !! NO fans = a loss of 2/3 of their audience…Stupid

not true. i got prime just for stargate now im cancelling it. they should have keep it on prime.

Here in Brazil they are already on MGM+, since last year.. except for SGU that Brazilians seems to be denied to ever destiny’s refueling again

Doesn’t supprise me one bit. These corporate executives are piling up the bad decisions lately. Xena and Miami Vice disappeared from streaming all together, so I bought both series on DVD. It’s essentially one of the few ways to make sure various streaming services don’t screw you right in the middle of the watching the series. Messed up.

They’re going to mgm+
It’s a franchise they know can draw in people like how they used star trek to launch paramount+. They will do the same for mgm+

doubtful, just buy the dvd’s, fixing to give up on streaming altogether cancel them all and go to DVD, i only watch 2 shows and tire of chasing them down, dont watch much tv

I got prime again specifically for stargate, Why dont we just make every dam show have its own streaming service so we can extort viewers with 20 year old shows, because most of the tv we make now is trash? Im just going to buy star trek and stargate dvd’s and cut all streaming services.. all i watch anyway when i watch tv.

Great, now I have to sit through commercials

Not only that but on pluto tv you cannot pause the commercials. Very frustrating when you’ve been waiting on a bathroom break!

The shows are gone :(

Where, please? I just checked prime and it says it’s unavailable… thanks in advance!

Let me check again, but it was on prime. I was so happy because I was in the middle of season 5. Ok just checking now, it says included with Prime. I’m in the US if that makes a difference.

Hmm … I am seeing Atlantis and SGU still on prime, but not SG-1. Are you seeing availability for SG-1? Can you confirm that you can play an episode (and that you don’t have a VPN or something spoofing a non-U.S. IP address)?

Sorry, I should have been more specific. I’ve been watching Atlantis, I forgot to check on SG-1. I think I was just overly excited that I can finish the series. LOl I wonder if I can go back and edit my original post.

you can still watch on prime

you can still watch on prime… I am rn at least. if you search for sg1 it will say unavailable but check in recently added and there’s a different icon that has the entire series instead of the individual seasons they’re all still on there as od 1/4/23 at least

Thanks — looks like this version was just added today. I’m working on a new piece about it now.

there are a few random inconsequential episodes missing, season 5 ep2 isn’t there for instance smh lol

Yikes! I’ve added this note to the new story. The Season 8 premiere is also currently missing.