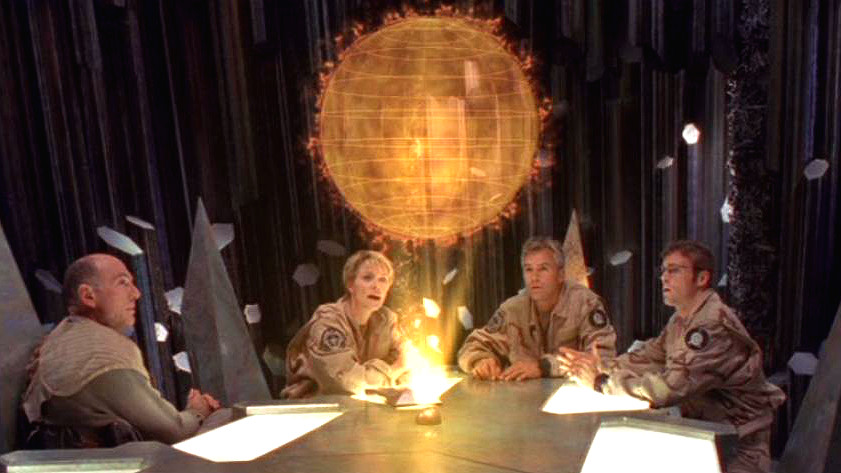 Device capable of displaying a full-motion, three-dimensional holographic rendering. The technology is commonly used for mission briefings. Projectors can display data acquired from Goa'uld spy satellites in distant parts of the galaxy.

The technology is believed to have been constructed by the Goa'uld scientist Nerus. The Tok'ra also possess the device.