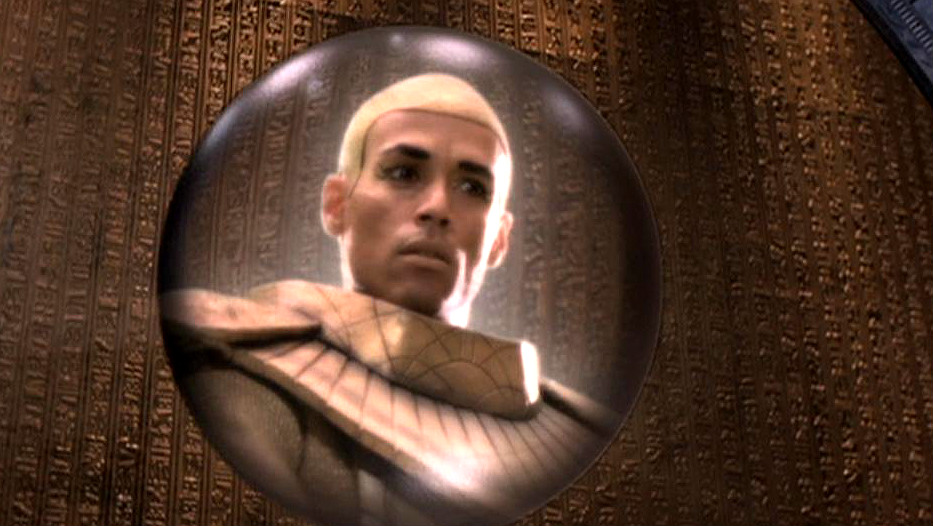 A Goa'uld device allowing two-way communication over great distances, including across space. The device, when inactive, appears to be a polished gray or brown sphere. This technology comes in several different sizes, from a size considerably bigger than a beach ball to one that can fit in the palm of the hand.

The communications network accessed by the devices is not secure -- thus the Tok'ra resistance movement does not use it.

Within the Serpent's Grasp - Apophis transmits a message to Klorel's mothership, giving him final instructions before they arrive in Earth's solar system.
Family - Apophis and Rya'c transmit a deceptive message to the Chulak population, specifically aimed at Teal'c.
The Tok'ra, Part 2 - Jack O'Neill uncovers a Goa'uld spy when he sees them with a hand-held communication device, technology the Tok'ra forbid.
Shades of Grey - O'Neill learns that Maybourne's rogue N.I.D. group has been communicating via stolen Goa'uld communication devices.
Exodus - Tanith uses a communications device concealed on the surface of the planet Vorash to signal Apophis's fleet.
Fallout - Langaran security discovers a Goa'uld long-range communications device in Kianna Cyr's quarters, proving that Jonas' new girlfriend has been possessed by a symbiote.