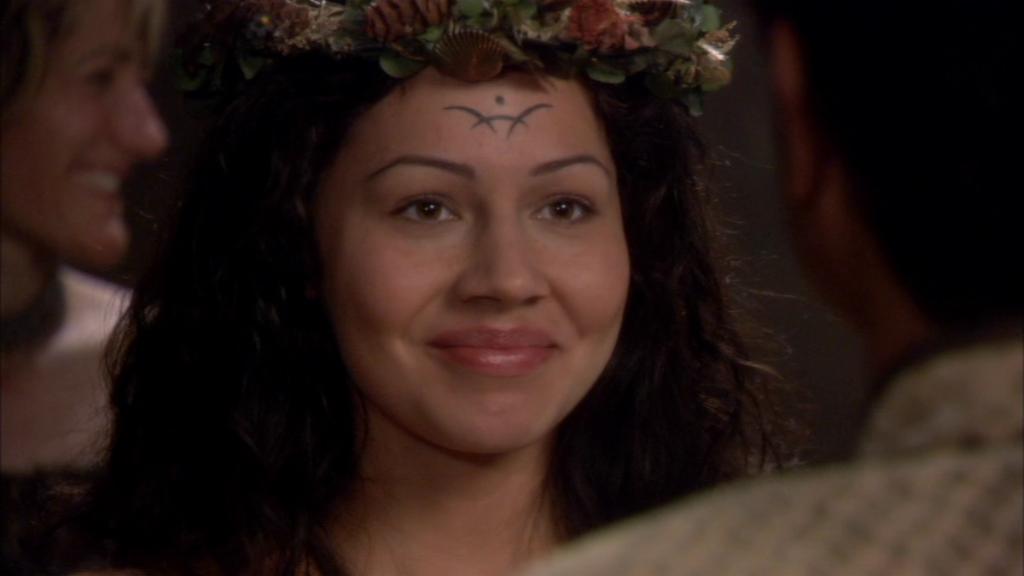 Female Jaffa warrior spared from the fires of Moloc's sacrificial Ceremony of Fire, student of Ishta. Kar'yn became betrothed to the Jaffa warrior Rya'c, who took her as his sim'ka. When the time came for them to be married their original homeworld, Hak'tyl, was discovered by Moloc's forces. The Hak'tyl resistance was forced to relocate to Stargate Command.

Kar'yn was resistant, and frequently hated, the old Jaffa ways. As Bra'tac presided over their rehearsal for the ceremony of unity, she resented the fact that she was expected to kneel before her husband, even as a simple sign of respect. Only after counsel from her teacher did Kar'yn realize that Rya'c was one-of-a-kind, let alone the son of a great warrior.

The union proceeded as planned, with Bra'tac presiding over the ceremony. Rya'c would take them both to the same world where Teal'c and Drey'auc once had their shim'roa.

Sacrifices - Kar'yn travels to Earth with Rya'c, where she agrees to have her ceremony among his friends, but is growing short with his handling of her among others.