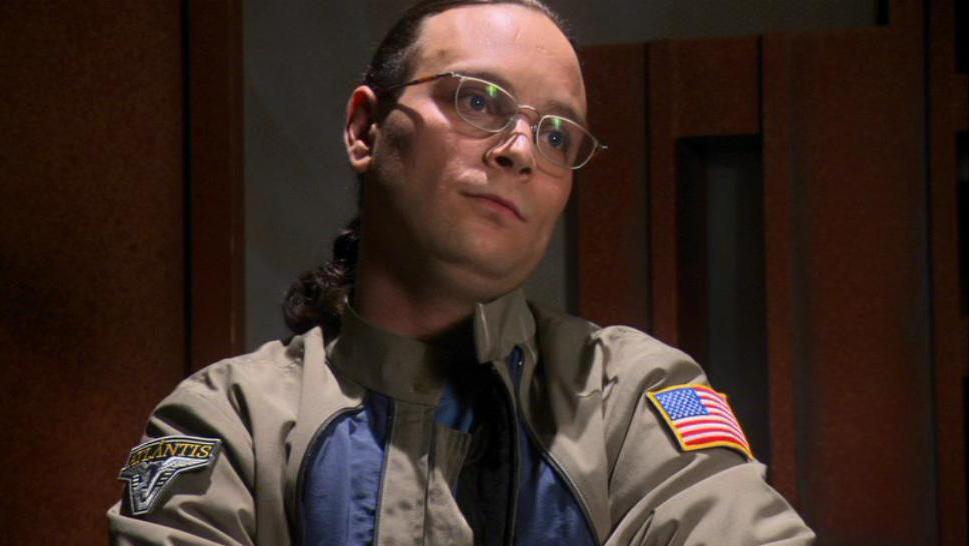 Scientist who traveled with the first Atlantis expedition to the city in the Pegasus Galaxy. Dr. Kavanagh's principle reason for leaving Stargate Command was the fact that he had had enough of the military controlling his leeway for conducting scientific studies. The Atlantis expedition presented him with his next best option, allowing him to work on the frontier of science, but with civilian oversight.

During the first days stationed at Atlantis Kavanagh worked with Dr. Simpson and several other scientists to determine a way to free a Puddle Jumper that had become lodged in the event horizon of an incoming Stargate. He openly shared his fears for the damaged craft, that the ship could become a destructive weapon if it were to be allowed to return.

With this he made a quick enemy of Dr. Elizabeth Weir, and went out of his way in the short window of time to exclaim the embarrassment she caused him in front of his team. Weir, amazed by Kavanagh's ability to address such a trivial matter when seconds counted, suggested that if he did not return to his work station she would dial an inhospitable world where he could be as self-important as he wished.

It was later Kavanagh who determined the way to push the Jumper through the gate was to decompress the rear compartment. His plan succeeded, and the Puddle Jumper group was able to return home.

Later that year, Kavanagh addressed a video letter to Jack O'Neill of Stargate Command, informing the General with a list of Dr. Weir's shortcomings since she had taken command. He was also present during the planning to stave off an attack of Wraith hive ships, an attack which would eventually become the Second Siege of Atlantis.

After he left Atlantis, Kavanagh saw numerous assignments -- apparently never able to stay in one place for very long. He worked on the Midway Space Station after it went online (and was inadvertently responsible for its destruction), and then was assigned to the Daedalus under the command of Steven Caldwell.

Thirty Eight Minutes - Dr. Kavanagh works with other scientists to dislodge a Puddle Jumper that has become trapped in a Stargate, and has his first go-around with Dr. Weir.
Letters From Pegasus - Kavanagh sends an in-depth transmission to General O'Neill regarding Dr. Weir, her conduct and policies over the past year.
The Gift - Kavanagh joins the team that has assembled with the hopes of preventing a coming Wraith slaughter on Atlantis.
Critical Mass - Trying to identify a Trust operative in their midst, Dr. Weir interrogates a defiant Dr. Kavanagh.
Midway - Reassigned to the Midway Space Station, Kavanagh tries to defend against a Wraith incursion ... and ends up responsible for activating the station's self-destruct protocol.
Enemy At the Gate - Reassigned to the Daedalus, Kavanagh detects a signal received by an enemy Wraith ship -- a signal from a parallel universe.