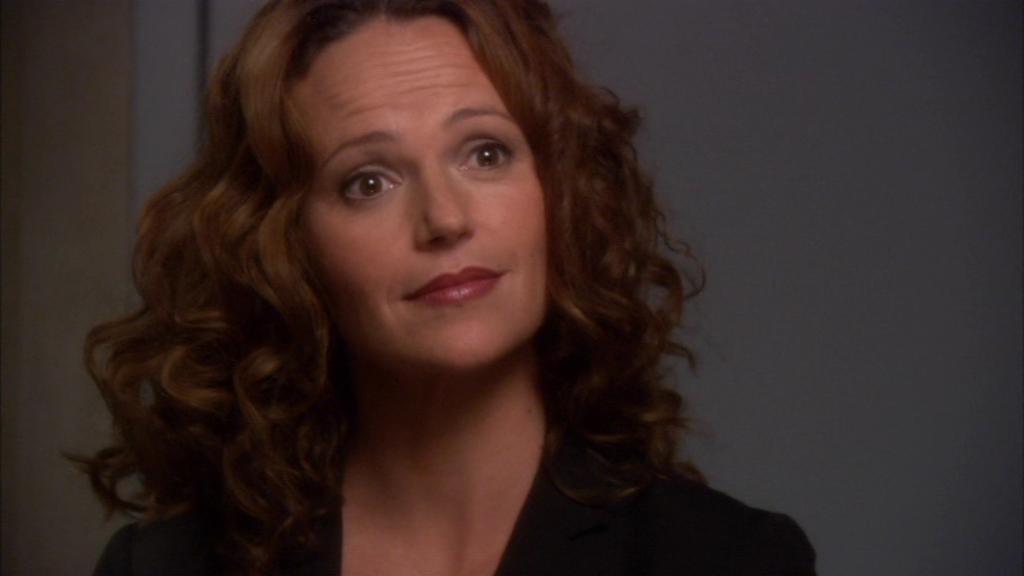 C.I.A. operative assigned to assist the S.G.C. with uncovering Goa'uld still at large on Earth after their infiltration of The Trust. During her tenure she committed herself to a serious relationship with Jack O'Neill.

During a backyard barbecue, and an unexpected visit from Samantha Carter, Johnson recognized the chemistry and eventually suggested to O'Neill that he pursue her instead. She even recommended that he retire, and broke off their relationship, intent on keeping her association with O'Neill and the S.G.C. intact.

Roughly half a year later Johnson continued her work with Stargate Command, providing names to faces in the ongoing investigation to locate Goa'uld on Earth. This latest case led her to examine the photographs taken by Sheila Jameson's private investigator, associating her husband Alex to significant businessmen in the world (now controlled by Goa'uld).

Citizen Joe - Carter tries to make plans with Jack O'Neill to get together Monday morning, but he informs her that he has a big meeting with Kerry Johnson into the incident with Robert Kinsey and the Trust.
Threads - Kerry Johnson confronts Jack O'Neill about his hesitant relationship with Colonel Samantha Carter, eventually breaking off her intimate relationship with him.
Ex Deus Machina - Johnson continues her aid in uncovering Goa'uld still at-large on Earth by putting names to faces in several photographs.