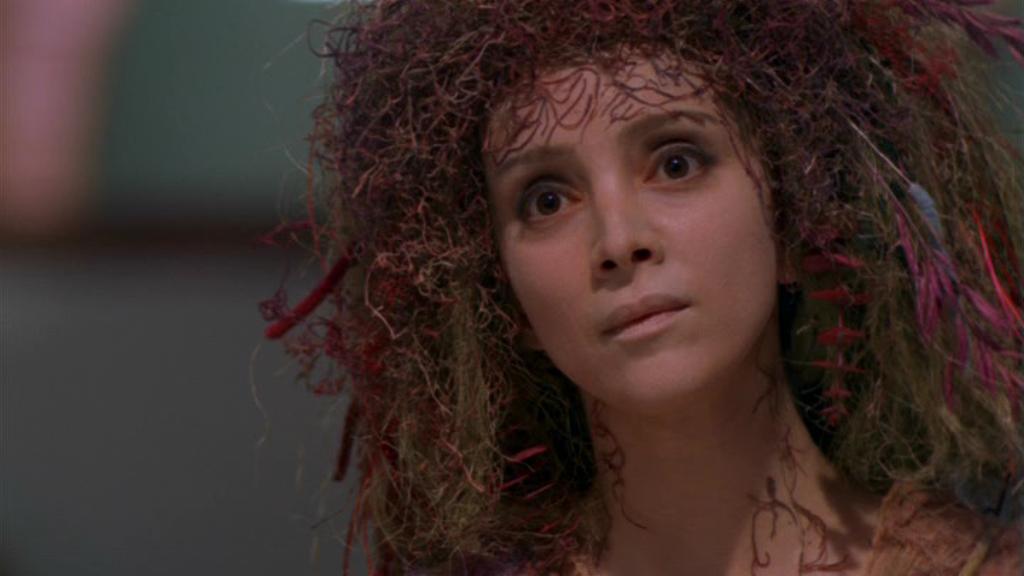 A pacifist like the rest of her species, Lya of the Nox is unendingly wise, beautiful and compassionate. She lived in the forest in a small family unit with Ohper, Anteaus, and Nefreyu. SG-1 believed her people to be simple forest-dwellers, but soon learned that they were a highly advanced race that rather chose to live a simple life. When Lya was injured during a conflict with the Goa'uld, her family used their startling abilities to bring her back to life.

Lya was the Nox selected to journey to Earth to bring a group of Tollan refugees back to her planet, far from the pokes and prods of the United States government. More than a year later, she visited Tollana to be an impartial archon (judge) in a triad -- one that would decide who would have priority over the Abydonian Skaara's body. She possessed the swinging vote, and chose Skaara over Klorel, the Goa'uld who possessed him.

Lya is an ally of SG-1, though she and her people generally refuse to get involved in galactic politics or conflict. Her supernatural abilities give her the powers of illusion and mastery of the mind.

The Nox - SG-1 encounters Lya and the Nox, who appear to be a simple race of forest dwellers -- but turn out to be highly advanced.
Enigma - Lya visits the SGC in response to a call for help, and welcomes a lost group of Tollan refugees to live with the Nox.
Pretense - SG-1 learns that the Nox helped the Tollan refugees find their people's new homeworld. Lya visits Tollana as a judge in Skaara's attempt to be freed from control of the Goa'uld Klorel -- casting the deciding vote that he has priority rights over his own body.