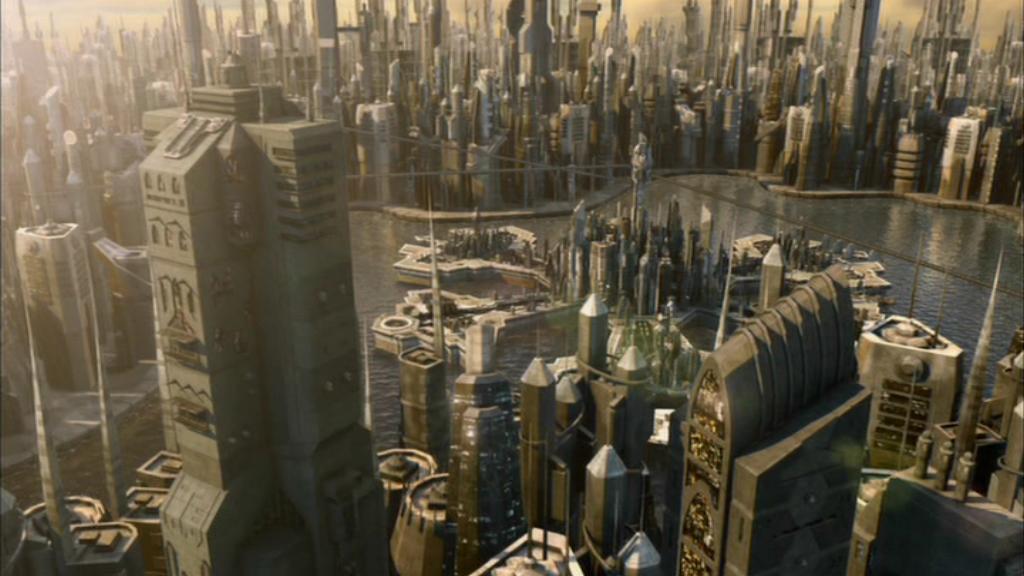 World designated by the Ancients to be the location where the developing Asuran race were allowed to thrive, following their explosion in evolutionary development. It is not known if the planet was originally the Ancient outpost where the technology was conceived, or if they were later moved from Atlantis for safety reasons.

Some time after the Ancients chose to abandon the project from which the Asurans evolved, however, they sent several warships to Asuras in an attempt to completely destroy the colony (which by then had become a thriving city). But several nanites survived and managed to resurrect the city and restore the Asurans. Ten thousand years later it was a bustling metropolis far grander than anything the Ancients ever created -- all based around a complete copy of Atlantis.

The only reference to Asuras was their address, stored in a database within an Ancient outpost in the Pegasus Galaxy. For the Atlantis expedition the planet carried the designation M7R-227.

After the expedition from Earth encountered the Asurans and made an enemy of them they began construction on a fleet of their own warships. Earth ordered the Apollo to make a preemptive first strike against the planet, resulting in a devastating attack from space and triggering all-out war. With the Asurans now threatening the whole galaxy, Atlantis eventually formed a fragile alliance with the Wraith and the Travelers to attack Asuras. After their secret Replicator weapon proved highly effective, Asuras itself was destroyed in a cataclysmic explosion.

Progeny - Interested to meet (and possibly trade) with a developed civilization, Dr. Weir joins Sheppard's team to Asuras, but they receive a close encounter unlike any they would have wanted.
First Strike - When fly-over intel indicates that the Replicators are building a fleet of ships, Earth attacks the planet with six devastating bombs.
Lifeline - John Sheppard leads a covert team to steal a Zero Point Module from Asuras, successfully escaping with their prize – and reactivating the Replicator's directive to attack the Wraith.
Be All My Sins Remember'd - A coalition of Atlantis and the Wraith attack Asuras, using the Ancient's original Replicator technology to destroy the entire planet and its people.