Be All My Sins Remember’d 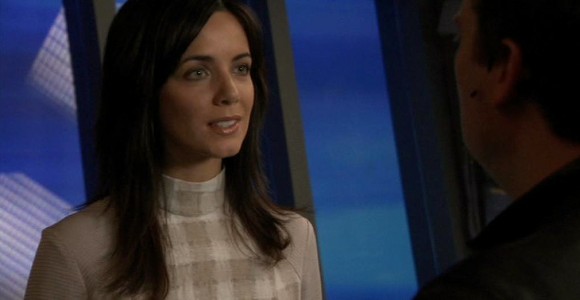 With a plan to potentially extinguish the Replicator threat, the Atlantis team must seek an alliance with a fleet of Wraith ships.

The Atlantis team has allied themselves with a captured Wraith, a scientist who wants to help them against a common enemy. Under heavy guard, the Wraith helps McKay in his science lab.

The Daedalus and Apollo, two of Earth's battle cruisers, orbit the planet over Atlantis. On board the Daedalus, Colonel Carter is working at the Asgard Hermiod's former work station. As she reviews some recent modifications to the ship, Colonel Caldwell engages her in conversation. The two talk about her new command of the Atlantis base, which Sam tells him is going well ... though she didn't realize how much she would miss being out in the field on an SG team.

John Sheppard, Teyla, and Ronon Dex are joined by their new Wraith friend on a mission to make contact with the Wraith fleet. But when they arrive on a hive ship the Wraith stun them, in order to speak with the Wraith privately. Later, on board their Puddle Jumper in space, Sheppard wakes up to find himself with the Wraith. Ronon and Teyla are there, too, but still unconscious. After returning his missing sidearm, the Wraith tells Sheppard that seven hive ships have been convinced to join their fight. It is not as many as they were hoping for, but a good start.

A war is brewing.