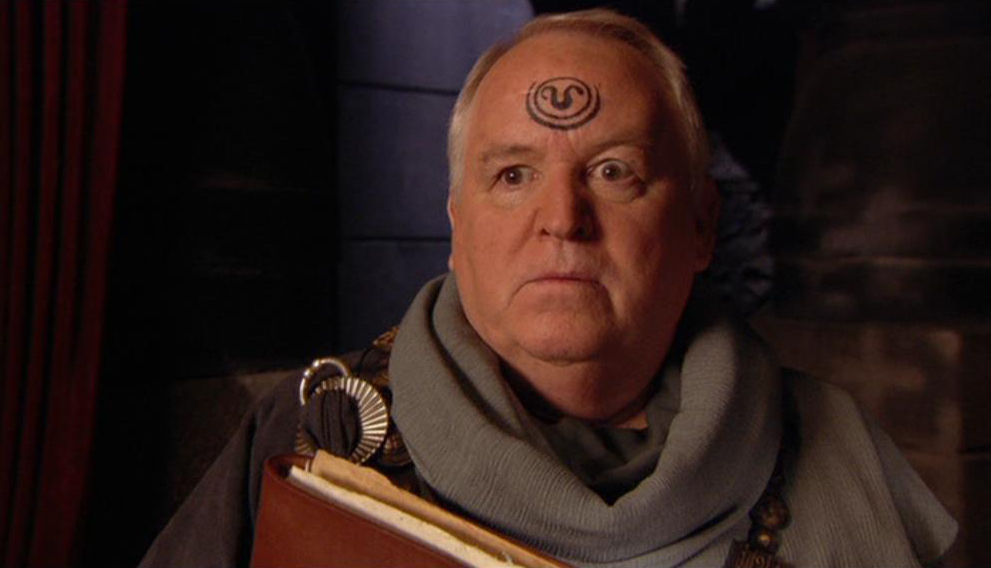 Free Jaffa formerly in the service of Apophis. He believed that democracy was key to the future of the new Free Jaffa Nation. After the initial formation of the Jaffa High Council he tabled a referendum to democracy, fearing that the Jaffa Gerak's followers were gathering strength. This referendum would ensure that all Jaffa would be allowed the freedom to live and to die how they wished -- not necessarily at the feet of the Ori.

Maz'rai was key in developing specific policy to ensure that no one the likes of Gerak would ever gain too much control. He co-authored policy measures designed to prevent voting abuses by Gerak's coalition. Later he voted in favor of increasing the size of the High Council to give unrepresented Jaffa (such as the Hak'tyl) a voice. Eventually he introduced a motion to set limits on the council's legislative power.

Thanks to the brainwashing of Ka'lel, Maz'rai was taken into the hands of Baal, who used a brainwashing device to sway him from democracy. Immediately he moved for the council to shelf Bra'tac and Teal'c's referendum. When Bra'tac pressed him, Maz'rai himself concluded what had happened. He attempted to execute the Rite of M'al Sharran on himself. The absence of his symbiote killed him.

Stronghold - Maz'rai is compromised by Baal and begins to shelf the plans for a democratic referendum, until Bra'tac corners and convinces him that he has been brainwashed.