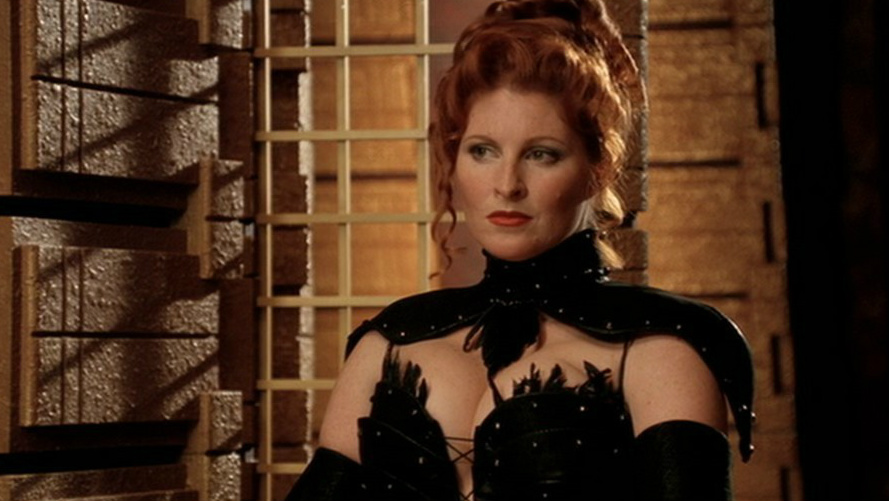 One of the System Lords, about whom little is currently known. Morrigan is well-known among the Goa'uld for using her human servant to draw out strategic information from the servants of her enemies -- as she did with one of Yu's previous lo'taur slaves.

Morrigan was present at the System Lord summit, ultimately voting in favor of receiving Anubis back into their ranks.

According to Tok'ra intelligence Morrigan was defeated by Baal during the System Lords' war against him, and capitulated to his superior forces.

Summit - Morrigan attends the System Lords' summit.
Last Stand - Morrigan attends the System Lords' summit, voting to allow Anubis back into their ranks.
Revisions - SG-1 visits a planet once under the control of Morrigan, which has long been deserted by the Goa'uld.
It's Good To Be King - Carter reports that Morrigan has capitulated to Baal, according to intelligence from the Tok'ra.