For other uses of this name, see Armstrong (disambiguation) 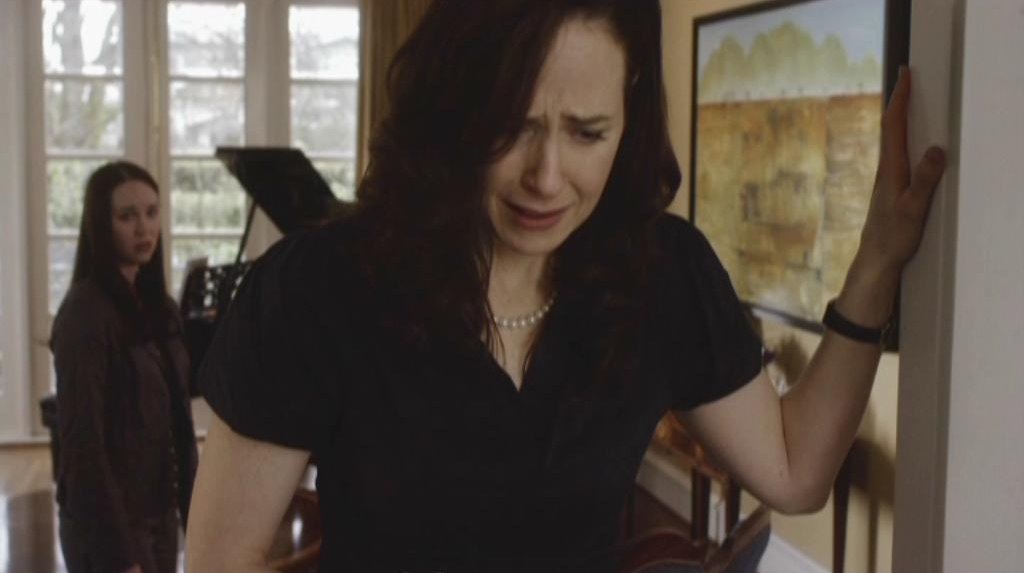 Mother to Chloe Armstrong and wife of California Senator Alan Armstrong. Mrs. Armstrong learned of the attack on Icarus Base, in which most of the officers and visitors were forced to evacuate to the Destiny. Several days later she was visited by Chloe, in the body of Dr. Mehta. Chloe informed her mother of Alan's death.

Grief-stricken, Mrs. Armstrong swore to Major Green that if anything happened to Chloe -- billions of light years away -- that she would go public about everything the Air Force had kept secret for over a decade.

Mrs. Armstrong is personal friends of President Henry Hayes and the First Lady.

NOTE: Mrs. Armstrong never received an official, in-canon first name. However in the original script for "Air, Part 3," she is named Patricia Walker. As Chloe's surname was changed during production, MGM's (non-canon) Web site later listed her as "Patricia Armstrong."

Air, Part 3 - Learning of her husband's tragic death, Mrs. Armstrong vows to go public with the Stargate program in the event anything happens to her daughter.
Earth - Mrs. Armstrong tries to come to terms with her daughter's presence in someone else's body when Chloe uses the communication stones to visit.
Divided - In the wake of Chloe's experience in alien captivity, her Mom appears to her in a terrifying vision.
Gauntlet - Chloe visits her mother to say goodbye, breaking the news that Destiny's crew is going into stasis with an uncertain outcome.