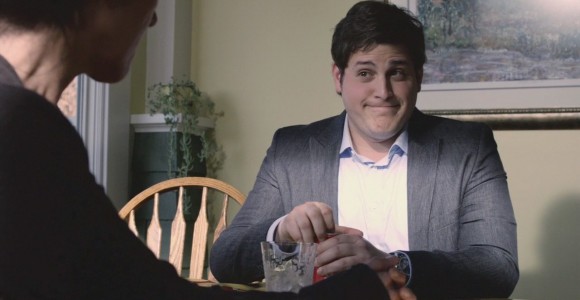 Colonel Telford takes over Young's command in order to enact a dangerous plan to try and get the ship's crew home. Back on Earth, Young, Eli, and Chloe visit their families.

Using the long-range communication stones, Colonel Everett Young and I.O.A. member Camille Wray visit Homeworld Command on Earth. General Jack O'Neill has a surprise. Scientists have a way to return Destiny's passengers to Earth – or, it could destroy the ship. Young wants to discuss implementation with those on Destiny, but O'Neill reminds the Colonel that he is in command of the ship. Making the attempt, though risky, is a direct order.

Later, Wray walks in a Washington, D.C. park with Carl Strom, a high-ranking member of the I.O.A. leadership. He wants Wray to use her influence on the ship to encourage Destiny's people to agree to the plan. The I.O.A. hopes to re-engineer the process using a ship in the Milky Way, in order to return to the Destiny without an Icarus-type planet as a power source. The team originally intended would replace the current passengers.

Destiny's passengers discuss the plan. The ship's power reserves will be drained by continuously firing the weapons, forcing Destiny to recharge in a star like it recently did ("Light"). The Stargate will dial Earth, drawing directly on the star's energy. It sounds dangerous, and even engineer Adam Brody wants to get Dr. Nicholas Rush's input. Rush is concerned that the aged, damaged ship might not survive the influx of such a large amount of power.

The next day, Young, Eli Wallace and Chloe Armstrong prepare to use the stones. Chloe assures Eli that the process doesn't hurt. Sgt. Hunter Riley explains that communication can only be terminated if the base is turned off at either end. Young swaps with Colonel Telford while Eli and Chloe switch into the bodies of scientists Williams and McCormack.

Once on board, Telford seizes command of Destiny. He has MSgt. Ronald Greer locked up again ("Air, Part 1") and orders Rush to help Williams and McCormack implement the I.O.A.'s plan. Rush protests. They are locked out of most systems by a master code that no one has yet deciphered. And many of the ship's power conduits are damaged, adding the danger of channeling extra power from a star.

Brody and Riley don Destiny's two spacesuits to repair power conduits. When a coolant leak can not be controlled and leads to an explosion, Riley is badly injured. Even though Williams eventually isolates power to more than 40 percent of the weapons system, Rush is more opposed. Telford suggests that Rush is afraid that, if they get everyone home, they won't allow him back on Destiny.

As the weapon fire begins to drain Destiny's energy, Camille visits Rush and convinces him they would be safer if he was involved in this experiment.

Meanwhile, on Earth, Young protests being temporarily relieved of command. Telford is acting under orders from General O'Neill – orders that Colonel Young made it clear he was going to disobey. Although he, Chloe and Eli will die if anything happens to the ship, Young allows the two civilians to visit their families.

Major Green escorts Eli home. Fearful of telling his mother the truth, he poses as a co-worker named Philip. As the worried woman makes Eli's favorite cookies, Eli tries to assure her that he is OK, that he is doing important work. He also makes sure the Air Force is honoring their commitment to help with her health issues.

Chloe's mother has accepted this arrangement so well that Chloe decides to go to a nightclub with her friends, and she invites Eli. Posing as Chloe's cousin "Liz," Chloe grows agitated when she sees that her best friend, Celina, is now with Josh – Chloe's ex-boyfriend. Oblivious to the situation, Eli happily dances with an attractive woman who approaches him.

Elsewhere, Everett Young returns to his estranged wife, Emily. At first, she won't let him in. He pours out his feelings to the closed door, asking for forgiveness. Relenting, Emily allows him in and takes him to bed. As they are making love, Young is suddenly back on Destiny and Telford finds himself in bed with Emily. Destiny has dropped out of F.T.L. flight, momentarily disrupting communication between the stones. In the brief moment on Destiny, Young tries to tell Scott to shut down the stones. But back in Young's body second later, Telford reasserts his authority on the ship.

On Earth, Eli takes a drunken Chloe out to the car, wallowing in self-pity. Young and his wife are now sharing a drink at home. Not only was she upset with Everett for taking command of Icarus Base ("Air, Part 1"), she was unable to face him being trapped on Destiny with Lt. Tamara Johansen – with whom he apparently had a past affair. Brief switches occur again as Destiny returns to F.T.L. flight and drops out once more, leaving Telford briefly staring Colonel Young's wife in the face.

As Destiny enters a star, her power cells begin to recharge the ship. The passengers assemble in the Gate Room, where Drs. Williams, McCormack, Telford and Brody monitor one console while Rush and Volker man the other. A massive amount of raw power is diverted to the Stargate as it begins dialing the address to Earth. Three chevrons lock. The ship vibrates violently. Electrical surges surround the Stargate as the capacitors overload.

Even as a fourth chevron is locked, Dr. Williams struggles to limit the power flow. Destiny's shields flicker and begin to fail. Telford orders Williams to abort the dialing attempt. When it is clear they can't shut down the gate, Telford, Williams and McCormack cut and run back to Earth, disconnecting their communication stones from the terminal.

Brody radios Rush the moment that Young, Eli and Chloe return. With the push of a button, Rush aborts the experiment and shuts down the gate. He boasts to the gathered crew that he put safeguards in place and arranged for a show for Telford and his people – as their plan would have killed them all for sure. It's clear the survivors can't go home yet, but neither will they die today. While some are annoyed with Rush's subterfuge, most are relieved.

After delivering a pep talk, Colonel Young asks Eli to study the data gathered from the attempt to dial Earth. He wants to be certain Rush isn't hiding anything. During another report back to Earth, Young also makes it clear to the I.O.A. and General O'Neill that while Destiny will maintain contact with Earth, there will be no further attempts to subvert his command.

On Earth, Emily Young hears a knock at her door. She opens it, and sees Telford on her doorstep.