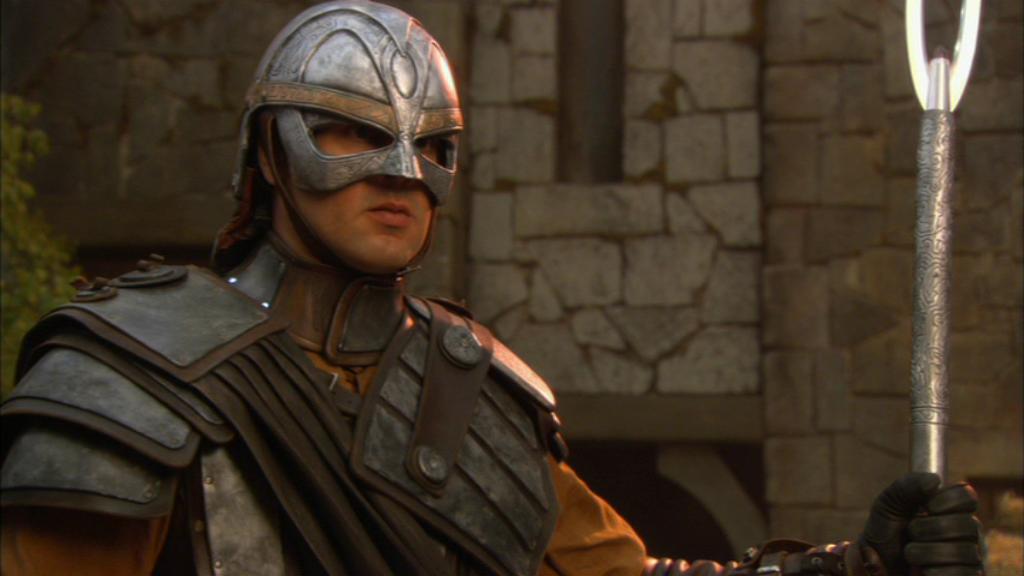 Human foot soldier whose sole marching orders are the will of his gods, the Ori. Plated in armor and given an Ori staff weapon, these warriors' most powerful defense is their unbreakable and un-swaying faith in their gods. They are led by the Firstman, who receives his orders from the Priors -- and ultimately the Orici herself.

Despite the conversion of some worshipers from the Milky Way Galaxy, members of the Ori's military contingent appear to come entirely from their home galaxy.

Crusade - Vala watches as Tomin dons the armor of an Ori warrior, eager to enter the Milky Way and shed the blood of nonbelievers.
Camelot - Warships manned by Ori warriors enter the Milky Way to carry out the will of their gods.
Line In the Sand - Tomin leads a group of warriors in seizing a village, which SG-1 has failed to protect by putting it out of phase.
Stargate: The Ark of Truth - SG-1 kills a Prior in front of Tomin and an army of Ori warriors, leading to Tomin's defection to Earth.