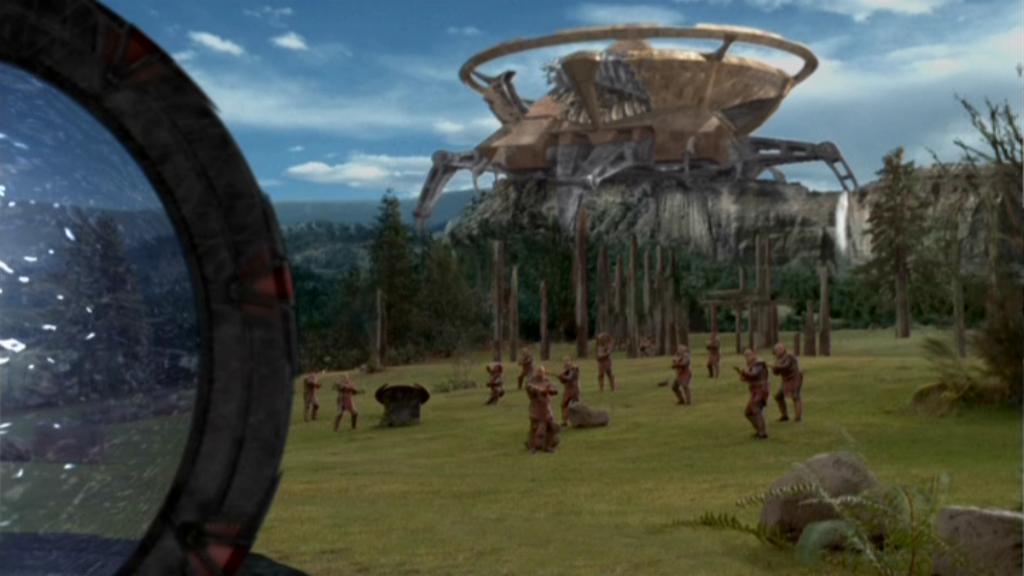 World under Goa'uld control, discovered by the Tok'ra as a secret base where Apophis was building a new, advanced prototype ship.

The Stargate was heavily guarded. Through a dense forest lies the massive superstructure where the vessel was under construction. Death gliders patrolled the skies around the factory. SG-1, under the influence of the Atoniek armbands, entered and exited relatively unnoticed, but not before destroying Apophis's experimental craft.

Upgrades - SG-1, minus Teal'c (initially), travels to PX9-757 to destroy Apophis' new experimental mothership.
Divide and Conquer - The Tok'ra Anise asks the team to describe their recent mission to PX9-757.