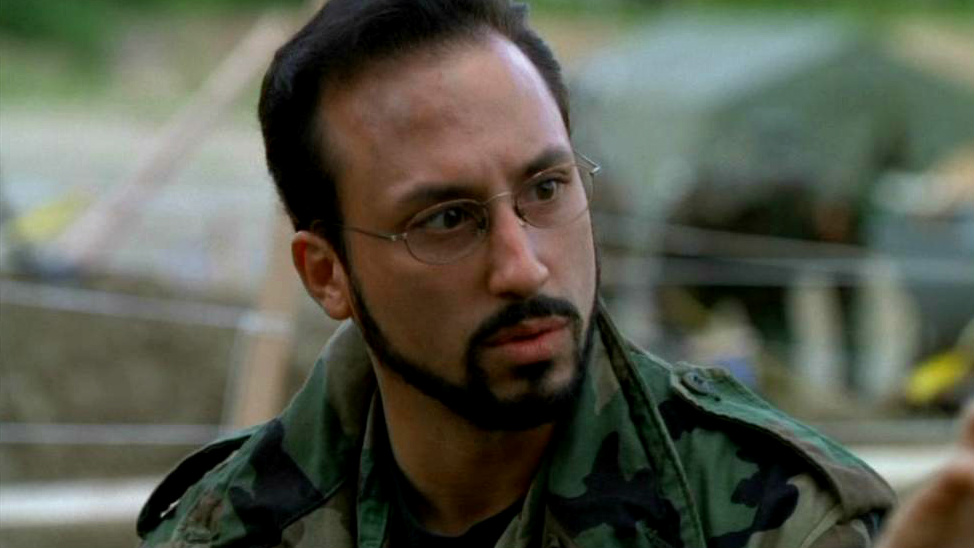 Like his collegue Daniel Jackson, Dr. Robert Rothman was an archaeology expert assigned to the S.G.C. He tended to be more skeptical, however, and not nearly as quick to consider extraordinary explanations to scientific puzzles. At one point, Daniel believed that Rothman would take his place as on SG-1 if he were to leave the program. He also believed that if Rothman did take his place, Jack O'Neill would most certainly object.

Despite being a decathalon champion in college, Rothman was often bogged down with frustration and self-defeat, and had a tendency to slow down others around him.

While on an archaeological dig with Jackson on P3X-888 (the original Goa'uld homeworld), Rothman became infested with a Goa'uld symbiote. It clandestinely kept up the appearance of being Robert Rothman, but eventually made its move. Dr. Rothman was shot by Colonel O'Neill when he tried to attack the SG team, and died in the line of duty.

PLAYED BY - Jason Schombing
FIRST APPEARED - Forever In a Day

Forever In a Day - In Daniel's vision of his wife's death, Rothman replaces him on SG-1 when he quits the Stargate program. O'Neill's patience for the geeky scientist runs thin, but Jackson eventually returns.
Crystal Skull - With Daniel missing, Rothman is given the job of determining what mysteries the crystal skull holds, but is unable to ascertain its purpose beyond a paperweight.
The First Ones - Rothman is covertly taken over by a Goa'uld symbiote on P3X-888, and later shot by O'Neill as he threatens the lives of his teammates.