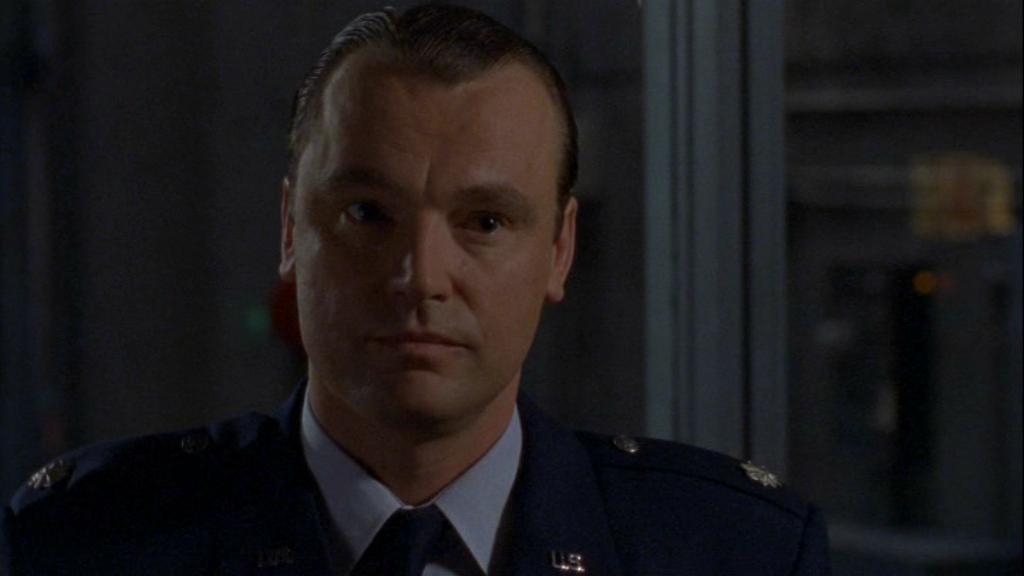 Short-sighted about the Stargate program and its potential, Lieutenant Colonel Samuels was General Hammond's executive officer when the program was first created (he held the rank of major at the time). He oversaw the reinstatement of Jack O'Neill to the rank of colonel to command the flagship SG-1 unit. Samuels was swiftly reassigned to the Pentagon, and returned less than a year later to successfully assist Senator Kinsey in shutting down the S.G.C.

When two Goa'uld Ha'taks appeared in Earth's solar system a few days later, Samuels was charged with coordinating between the S.G.C. and the Pentagon in an assault against the attacking ships. He arrogantly conducted his plan to launch two "Goa'uld Busters" -- naquadah-enhanced Mark 12A warheads -- against the Goa'uld ships.

When the missiles impacted on the ships' energy shields to no effect, Samuels lost his fire. He cowardly requested to be sent to the Alpha Site so as not to be present when the Goa'uld destroyed Earth. Hammond denied the request, ordering him to stand alongside the men and women of the very command he had attempted to destroy.

When SG-1 successfully destroyed the ships and saved the planet, Samuels left the S.G.C. once again. He was eventually replaced as Pentagon liaison by Major Paul Davis.

NOTE: Samuels' first name is originally given in the script for "Children of the Gods" as "Franklin." (He was also originally scripted to be a Captain.) Later non-canonical sources suggest his name is "Bert."

PLAYED BY - Robert Wisden
FIRST APPEARED - Children of the Gods

Children of the Gods - Major Samuels is sent to bring Jack O'Neill out of retirement. Cautious about the dangers that can come through the Stargate, he attempts to lock SG-1 offworld and seal the gate permanently.
Politics - Lt. Colonel Samuels returns to the S.G.C. with Senator Kinsey, who forces SG-1 to justify the program's existence before ordering it shut down.
The Serpent's Lair - Samuels arrogantly leads the fight in defending Earth from Apophis's two motherships, and is humbled when his plans come to nothing.
Moebius, Part 1 - After SG-1 inadvertently alters the timeline, Samuels once again appears in the present-day to recruit Jack O'Neill into the Stargate program.