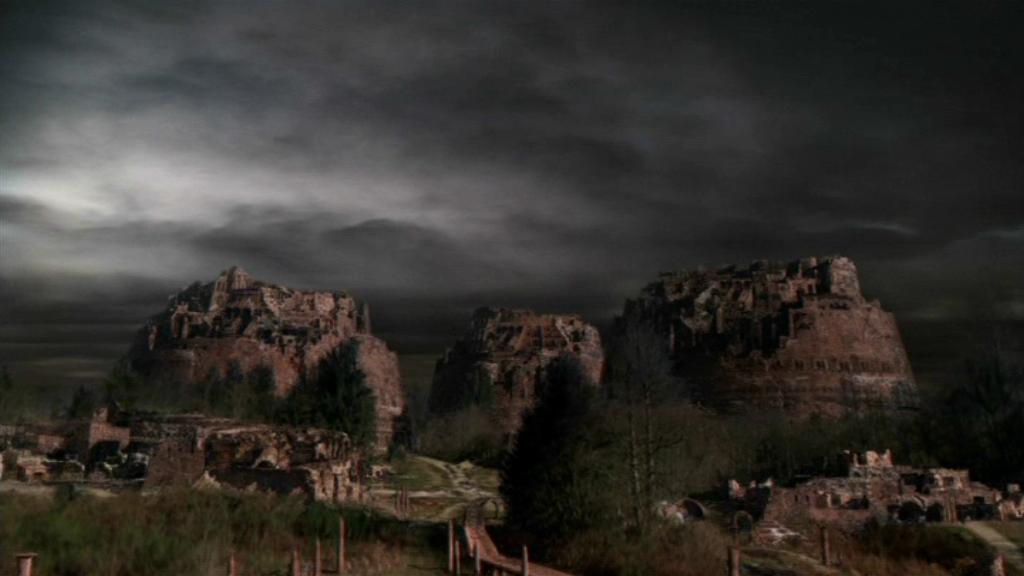 Translated "Place of Great Power," Vis Uban is the last word on the list of planets entered into the S.G.C. computer by Jack O'Neill during his possession of the Ancient repository of knowledge.

Vis Uban was the final city being constructed by the Ancients before they were struck with a plague, wiping out many and forcing the rest to learn to ascend to a higher plane of existence. They world may have even been the place where the plague began. The city was to be the crown jewel in the entire Ancient domain, but was never completed due to the plague. In the centuries since, Vis Uban has been occupied by nomadic peoples who have laid claim to the land.

After Daniel Jackson was forced to descend as punishment for his actions as an ascended being, Oma Desala (or the Ancients) deposited him, naked, on the planet's surface.

Fallen - Jonas leads the team to Vis Uban, believing it is the location of the Ancients' stash of powerful weapons, and instead recovers Daniel Jackson.