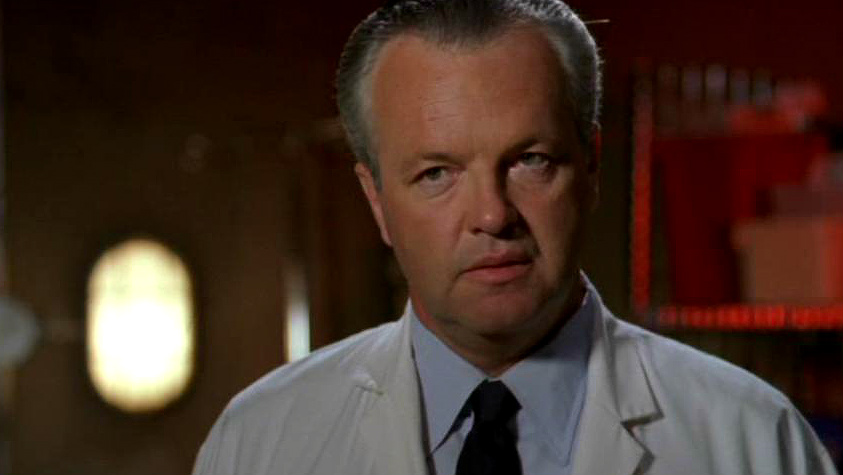 Medical doctor who frequently served with Stargate Command the early years of the program. When Dr. Janet Fraiser was indisposed or compromised, Warner was a capable physician who stepped up to the bat at the S.G.C. and put his knowledge to practice. He was briefly the base's chief medical officer before the arrival of Janet Fraiser shortly after the program's inception. Though his knowledge and experience may not match that of Fraiser, he was always willing to do everything he can to benefit the S.G.C. and its personnel.

Warner was the first physician to attempt to surgically remove a Goa'uld symbiote, which had infected Major Charles Kawalsky while on a mission on Chulak. He was unsuccessful, but he and the S.G.C. learned much from the incident. Though the symbiote's body was successfully removed, the Goa'uld consciousness remained in control of Kawalsky.

Though he may not always have been the first one called upon, Warner stood ready to assist the base in the latest challenges that followed SG units back through the gate.

PLAYED BY - Kevin McNulty
FIRST APPEARED - The Enemy Within

The Enemy Within - Warner performs surgery on Major Kawalsky in a failed attempt to remove a Goa'uld symbiote without killing him.
Singularity - Dr. Warner extracts samples of the Goa'uld bomb planted inside Cassandra's body for analysis.
Spirits - Warner is impersonated by Xe'ls, one of the Salish Indians' guardian spirits that infiltrate the S.G.C.
Legacy - Initially skeptical of Dr. Fraiser's plan, Warner assists Major Carter in removing Ma'chello's Goa'uld-killers, which have entered the bodies of Fraiser and SG-1 and are driving them insane.