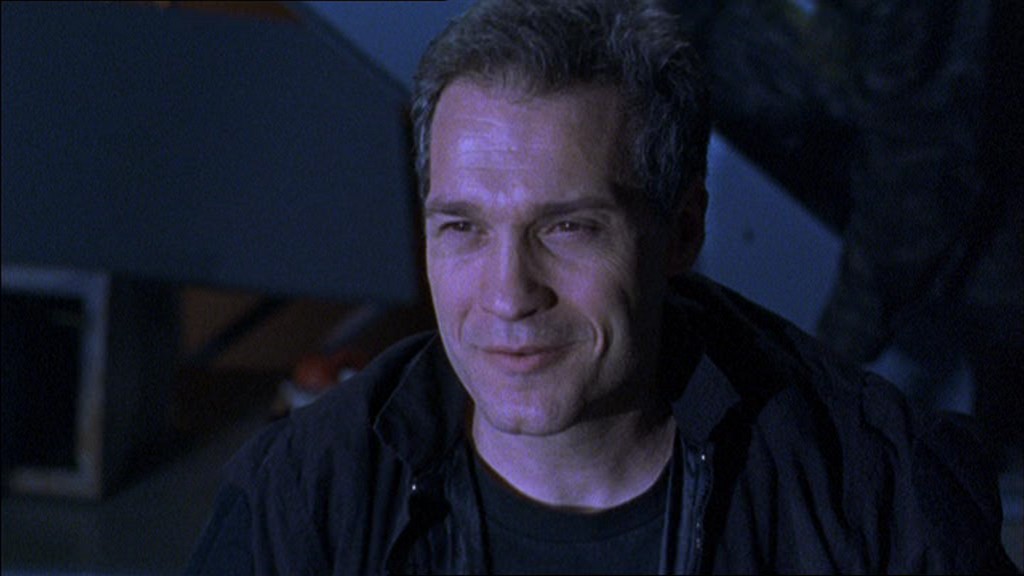 An experienced Air Force officer, Charles Kawalsky served with Colonel Jack O'Neill in a black-ops mission to recover a Russian agent in East Germany in 1982. Kawalsky was assigned to the first Stargate team sent to Abydos, under O'Neill's command. Kawalsky was angry when he learned that Daniel Jackson had lied about being able to reactivate the gate to return to Earth. But by the end of the mission, the two had come to respect one another.

Kawalsky was sworn to secrecy about what happened on Abydos, telling his superiors that nothing was left of the population, and that Jackson had died, so that no one would return to the peaceful planet to threaten the Abydonians. But one year later, Major Kawalsky was assigned to the team to return to Abydos and retrieve Dr. Jackson. As the first commander of SG-2, he later journeyed to the planet Chulak to back up SG-1. Before returning, however, he was possessed by a Goa'uld symbiote.

Because the symbiote was immature, it was unable to completely control him. Thinking he had wrenched his neck, he returned to the S.G.C. and reported only a headache. It wasn't until days later when the Goa'uld within him surfaced, demanding to be sent through the Stargate to Chulak, that it was discovered. Kawalsky asked for an operation to extract the Goa'uld, but the physicians did not know how to remove it without killing him.

Eventually the procedure could not be avoided, and Kawalsky, fearful of death, said his goodbyes to O'Neill. Though the operation appeared at first to be a success, the Goa'uld had, in fact, fully taken over his body. When he tried to escape through the Stargate, Teal'c and O'Neill stopped him. Kawalsky was killed.

Charles Kawalsky is remembered by many at the S.G.C. to be a noble officer, always willing to defend his team by any and all means.

A couple of years after his death an alternate reality Kawalsky suddenly appeared at Area 51 when he stepped through the quantum mirror, accompanied by a civilian Samantha Carter. The two of them have entered the mirror, looking for assistance in ridding their version of Earth of Apophis, who has invaded it.

Eight years after the mission to Chulak SG-1, attempting to retrieve a Zero Point Module, traveled back in time using the Ancient time device installed in the Puddle Jumper found on Arkhan's planet to Ra's ancient Egypt. Once there, however, they accidentally alter the timeline and the Giza Stargate is removed by Ra when he leaves instead of being buried by the population. This means that the S.G.C. never exists and Kawalsky is still alive.

When it is decided that a team must go back in time to try and repair the timeline, Kawalsky is chosen to lead it. Using the same Puddle Jumper (which had been found buried in a cave in Egypt) the force travels to Chulak on a recon mission, only to be caught by Apophis and his forces. They escape their prison with the assistance of Teal'c but Kawalsky is shot and killed by a Jaffa staff weapon blast.

"Stargate" the Movie - Lieutenant Kawalsky joins the first Stargate team in a reconnaissance mission to Abydos, where they help the local people overthrow the powerful Goa'uld Ra.
Children of the Gods - Now a major, Kawalsky joins O'Neill on another mission -- having been made the commander of SG-2. But as he and his men fight off attacking Jaffa, he is infested with a Goa'uld symbiote.
The Enemy Within - Kawalsky's young Goa'uld cannot maintain constant control of him, and the S.G.C. attempts a dangerous procedure to remove it. But the symbiote finally wins the battle, and O'Neill and Teal'c are forced to kill him.
The Gamekeeper - O'Neill and Teal'c encounter Kawalsky in a virtual reality simulation of a failed mission from Jack's past, where his commanding officer was killed.
Point of View - Samantha Carter and Charles Kawalsky come to the S.G.C. from an alternate universe -- one in which he was never infested with a Goa'uld and killed, and where Apophis has successfully attacked and taken control of Earth.
Moebius part 2 - An alternate timeline Kawalsky is shot and killed by Jaffa in ancient Egypt.