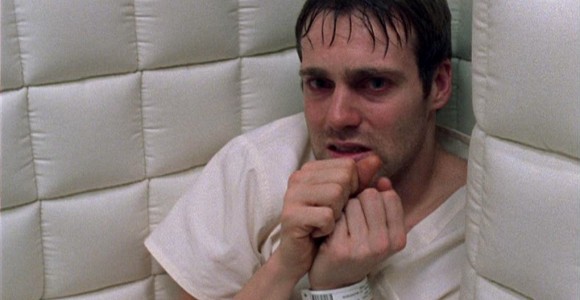 When Daniel goes insane, SG-1 must deal with the legacy of Machello's anti-Goa'uld technology.

SG-1 cautiously explores the darkened halls of an ancient, abandoned Goa'uld structure on another world. They step into a dusty room filled with the stench of death, and discover nine corpses long-since dead.

The bodies are those of the Linvers – a rival league of lesser Goa'uld who challenged the System Lords. But they are no threat any longer, and the reason for their death is unclear. The team finds a Goa'uld tablet (similar to one found on Argos in "Brief Candle"), and the "page-turner" device that operates it. Daniel cannot seem to get the tablet to turn to the next page, and takes the devices back to Earth.

Back at the S.G.C., Daniel soon begins to experience extreme hallucinations. He sees the corpse of one of the Linvers walking around – first as a member of SG-7 in the Gate Room, then reaching out of a Stargate event horizon in his closet.

Dr. Janet Fraiser can find no medical explanation for the hallucinations, and considers the more likely cause: Daniel may be in the onset stage of schizophrenia. Even worse, it is theorized that gate travel itself may be the cause.

Daniel is restricted from duty, and wishes to prove that he is not going insane. Jack keeps him company – but as the two play cards, Daniel sees a Goa'uld parasite slither up the Colonel's arm and burrow into his neck. Though he believes it is a hallucination, Dr. Jackson can't contain himself any longer. He jumps at Jack to try and get the Goa'uld out.

This latest outbreak proves to Dr. Fraiser and Dr. MacKenzie (the S.G.C.'s mental health physician) that Daniel Jackson is sliding down the path of insanity. He is taken to a nearby hospital and medicated. He spends the next few days dealing with his hallucinations from the confines of a white padded cell.

His teammates come to visit him, and have a hard time watching their friend and colleague struggle with mental illness. Daniel continues to be paranoid, seeing a walking Linvers corpse standing behind his friends. He jumps to his feet and runs at it, but Teal'c catches him.

The dazed and confused Jackson looks down to see something crawl out from under his skin and into Teal'c's arm. He jumps away. With an insane look in his eyes, Daniel exclaims, "Something just went into Teal'c!" But his friends do not believe him. He slumps back to the floor as the orderlies restrain him, and hears a familiar voice: "You have delivered me to the vile Goa'uld, so that I might destroy him."

Jackson's vision proves true when Teal'c falls suddenly ill less than an hour later. Dr. Fraiser does all she can, but cannot help him. His larval Goa'uld symbiote is dying.

Dr. MacKenzie enters Daniel's cell to speak with him, and Jackson tries to convince him that he is cured. Daniel has remembered the inscription on the Goa'uld tablet device: "To enter by infiltration." He believes that the device was left for the Linvers by Ma'chello,a scientist who invented technology to fight to Goa'uld, whom SG-1 had met six months ago("Holiday"). Daniel's explanation convinces the doctor to call for Jack O'Neill.

Jack leaves Teal'c's bedside immediately, and confirms Daniel's theory that Teal'c is sick.Daniel explains his theory, and the two return to the S.G.C.

After Ma'chello's death, the S.G.C. recovered his inventions and stored them at Area 51. They find the tablet and page-turner devices, and bring them into the containment lab. With O'Neill looking on, Fraiser and Carter discover that each page-turning device contains 10 Goa'uld-killing "bugs" that infest a person. While the devices kill a Goa'uld, they simply drive a non-Goa'ulded human crazy.

The containment vessel is not enough to hold the creatures, who escape and burrow into Sam,Janet and Jack. Because they each have three in them (Sam has four), their psychotic symptoms are rapid and acute.

But as Fraiser and O'Neill slowly go insane, Major Carter realizes that she is suffering from no symptoms. After a few minutes, the four devices emerge from her ear and die on the floor. She hears the voice of Ma'chello.

Sam realizes that the devices must have detected the protein marker left by Jolinar, theTok'ra who joined with her a year ago ("In the Line of Duty"). Because the Goa'uld within her had died, the devices assumed they had been successful. Now all she had to do was inject her proteins into her two friends. It is enough to convince the Goa'uld-killers that any Goa'uld in Jack and Janet are dead – they leave their bodies.

The same treatment works for Teal'c, and his symbiote recovers. The Jaffa opens his eyes and speaks but one word: "Ma'chello."