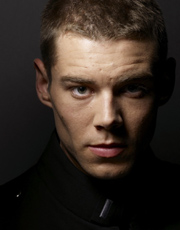 Stargate Universe co-star Brian J. Smith has been cast in the upcoming TV movie Murder On the Orient Express, an adaptation of the classic Agatha Christie mystery novel.  It’s one of four films in the 2009-2010 season of the long-running British series Agatha Christie’s Poirot.

Smith plays Lt. Matthew Scott on SGU, which is currently airing its first season on Syfy in the U.S. and Sky1 in the U.K.  The actor made the announcement on Twitter, but his role on Poirot is still unknown.

Poirot stars David Suchet as the fictional detective Hercule Poirot, and has aired on ITV in the United Kingdom since 1989.

The movie reportedly starts filming this month in the U.K.  Filming on Universe‘s first season wrapped in October, with a hopeful second season tentatively set to begin in Vancouver in late February or early March. 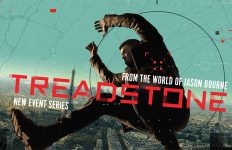 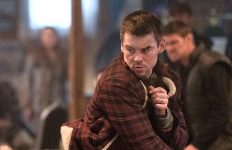 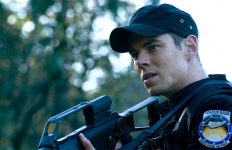 Excellent! I’ll be sure to watch this!

Oooooh! I love David Suchet as Poirot. “Murder on the Orient Express” is my favorite Agatha Christie novel. I’ve loved every version I’ve seen and heard (radio play). I’m looking forward to this-I hope Mystery! will air it. I can’t wait to find out what role Brian will be playing!

Very cool news! Poirot is an excellent series which has had some amazing guest stars over the years! Glad to see that Brian’s name is the latest to join such a distinguished group! I hope he enjoys his time working with David Suchet and the rest of the cast!

I am so excited for Brian, both venues are great and he will do excellent at both.

David Suchet so cool. He will not allow any quickies on the Orient Express, thanks to the Lord. Hehehe, sorry I just can’t help, it’s so hilarious.