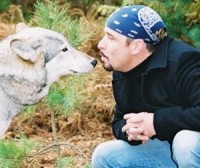 GateWorld is your new key to unlock the thoughts of Stargate SG-1 actor Colin Cunningham (Major Davis).  Future installments in this recurring feature are up to you, the reader!  If you keep asking, he’ll keep answering — and for this installment he is not holding back.

The floor is yours, Colin!

Jason writes:  How was it working on Elektra? My housemate is a huge Jennifer Garner fan and I only agreed to sit and watch it when I caught a glimpse of you in it.

Jason, my friend, Elektra was a blast. And Rob Bowman was the first great thing about that show. I’d worked with him on three occasions shooting The X-Files. And no matter how big or small I ever get in this business, I owe the man. Great guy.

Okay. Jennifer Garner was a total snot. Just kidding. That gal was rock solid and cared very little for herself, but everything for the crew. She went out of her way to learn every ones name on the set and even went so far as buying sushi and gifts for the cast and crew on more than one occasion. But I will share one fun memory from that show. I had finished up my part of the shooting and was now back living in California. And one afternoon, while chilling on a hammock and having a beer with my friend Noah Beggs, I get a call from the director, Rob Bowman.

“Hey man. We’re shooting the scene where Jennifer talks to you on the phone. Do you want to do the scene right here, right now. Live?”
“Ha! You’re nuts, brother.”

How cool is that? I would be off camera of course. Way, way off camera. A thousand miles away.

So, Jennifer get’s on the phone.

And so, we shot it. Me in California. Jen in Vancouver.  Pretty cool. (And Jen, if you ever see this, I hope you’re well.)

And so the scene you see with her on her home phone, you can now imagine me on the other end, sitting on my hammock, in California with Noah Beggs.  Great question.

Heather writes: Just wanted to say that you’ve been awesome in the SG franchise! Also absolutely loved your film Centigrade. And was an absolute joy meeting you at GateCon ’08. If you could go anywhere in the world, (or have been to anywhere and want to return) where would you go and why? What has been your most memorable experience either in life and or on set/screen?

Heather, thank you for your kind words! And your compliment on Centigrade. It was the hardest single thing I’ve done in a very, very long time. And to say that you liked it, truly gives my life a measure of validation. That may not be the greatest thing to say, but it’s true.

‘If I could go anywhere in the world?’ Hmmm. Big one, darlin’. Gigantic. Humongous, question.

Today, my dear, if I could go anywhere in the world, it would not be to a place, but a time. I would simply love to go back to a time when I felt connected to things bigger than myself. When God was between the palms of my hands before bed. Not some meaningless concept that Bill Maher and other celebrity “scholars” have convinced us is a mental disorder. I would very much like to go back to that place when I could look up at the night sky and know that every star was a beckoning. A tease. A smirk as to what can be achieved. When music was my drug. And when the Academy Awards was the greatest thing on the face of the earth.

I know such a place still exists, but it’s been a long time. And I’ve long since lost that map. But I pray that one day I can get back.

But here I am getting all soulful. Let me try to answer just one of your questions.

“A memorable experience. On set or off.”

OFF SET:  I once sat on a bluff in Santa Barbara, California. I was at the University of California – Santa Barbara visiting some friends. It was a Saturday night and I wasn’t much of a drinker then and so, I left the fun and found a little bluff, looking out over the Pacific.

I stared up at the night sky. And asked the great beyond if I’d ever achieve something with my life. And at that very moment, a shooting start zipped across the horizon. No fooling. But so what? Right? Had to be a fluke.

So, I thought to myself, Hmmm? Probably a coincidence. But. Let’s play a game. “Okay, God. Whoever/Whatever you are. That was probably a fluke. Let’s try one more time. How about …

Still unbelieving. I waited a sec. Then called another.

Wait. Hold it. Not yet. Give it a ten seconds and …

I still see the odd shooting star. Now and then. But I don’t pay as much mind. I’m pretty sure it’s someone else out there that’s calling them.

But I miss that place.
I’d sure like to go back.

Cunningham in a scene from "Centigrade", the short film he wrote and directed.

Jamie writes: Centigrade was so chilling! You are so artistic and talented. I was just wondering if you are a dog person or a cat person? It’s so funny! I just bought a new puppy (he’s a golden lab and russell terrier mix) and a new kitty (I’m not sure what she is).  I’m hoping to be done with my physical therapy in time for the Stargate conventions next year so maybe one day we can talk about pets in person.

Hi, Jamie! Thanks for the compliment! That said, I’m a DOG person! Without question. Dog, dog, dog!

Patricia writes: Thanks so much for being willing to take questions. I love your sense of humor and willingness to be available for your fans. What is your opinion of Stargate Universe? Have you seen any of the episodes? If so, which characters do you think are the strongest and why?

Patricia, you’ll have to forgive me. I haven’t seen enough to really comment. But I WILL say that ANYTHING Stargate is great. And I don’t give a fart what the old die hard fans of the original series say. All of it, and I mean ALL OF IT, Rocks. It’s hands down THE most intelligent sci-fi show out there. Or that has come along in a very long time. If Paddy Chayefsky or Dennis Potter were alive today and writing sci-fi, they’d be writing for the Stargate franchise. It’s that good.

And all I can add is that I was blessed to have been a part of it.

Thanks, Colin!  If you have a question for Colin, please submit it by e-mail to [email protected].  Colin will answer every question he gets, but as his time allows.  If you haven’t seen your question answered yet, don’t worry.  The answers are coming soon!

Keep it locked to GateWorld for more from Colin Cunningham in the weeks to come.  In the next edition, he discusses his favorite life moments, his take on SGU, and more!

There appears to be a pattern developed here of SG actors basically saying, I don’t watch SGU but you should because it’s great. mmmmmm? Run that by me again.

Great answers! (Even that silly part there at the end!-LOL) Thanks so much for answering the questions and look forward to more. Major deserves a promotion!!!