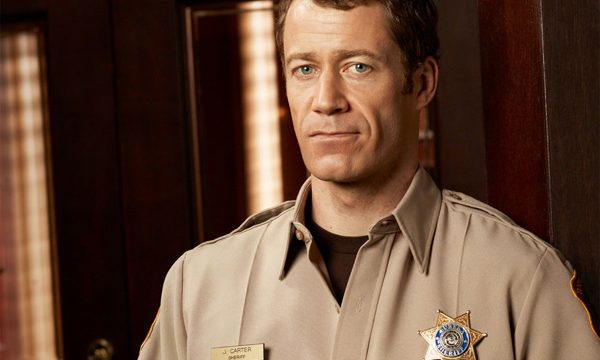 Syfy Channel’s returning dramas gained a little ground in the ratings last Monday night, but newcomer Alphas shed some viewers. Here are the numbers for Syfy’s original dramas for the second week of the summer season.

Warehouse 13 won the night with an impressive 2.457 million viewers for its second episode of Season Three. This is a 5 percent improvement over the July 11 premiere).

Finally, Alphas capped off the night with 2.225 million live viewers — still strong, despite a drop of about 12 percent from the series premiere.

In its season premiere at the end of Week 1, Haven picked up 1.884 million viewers. (WWE drew 2.552 million that night as Haven‘s lead-in.) This is the show’s best performance since mid-season last summer, and 11 percent better than the first season finale.

UPDATE: In its second week Haven slipped slightly to 1.837 million (down 2 percent), but held steady with a 0.5 rating in the adults 18-49 demographic. 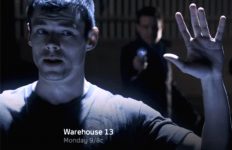 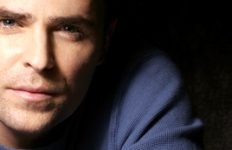 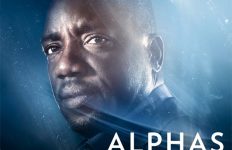 Still not ever watching anything on this channel again ill download Warehouse 13 and support it that way. Sorry syfy you ruined the network forever. It’ll be a dead network soon enough!

Are we gonna get this every week? A detailed examination of all ratings on a channel most users here seem to have turned their back on anyway, only to see how Stargate Universe might have done had it remained on the airwaves and focus on nitpicking ultimately irrelevant scheduling choices rather than at least discuss the underlying critical quality of SGU?

Has this site got nothing better to do?

Downloading too out of question to give any audience to Skyfy
Also don’t forget those are summer numbers, there is no competition, no Glee no Dancing With the Stars…

@The Tenth Doctor. Don’t read it if you’re not interested.

id more support a wordban on “syfy” then i would any show left on that network.

Really? I thought the second episode was noticeably better than the pilot. Maybe not the best thing I’ve ever seen, but certainly showed promise for more interesting episodes to come. Of course, you can attribute that to the new showrunner of the series: Ira Steven Behr. The guy did wonders for “Star Trek: Deep Space Nine” and “The 4400”, so why should this one be any different?

@Starscapesg1 – If all you’re doing is downloading it, you’re not supporting the show in any way. @The Tenth Doctor – You’re reading a site that apparently doesn’t interest you. Don’t you have anything better to do? The ratings aren’t about SGU, they’re about related genre shows. Stargate is obviously over so there are no Stargate ratings to talk about anymore. For the site to continue, they obviously have to talk about things other than Stargate. @iom666 – Downloading serves no purpose other than your own. How can anyone honestly think that downloading shows benefits the show in any way… Read more »

The one that kills me is Haven. Good God that is an awful show. I made it through a couple of episodes and realized I was taking up valuable space on the DVR. The fact that this show plays while SGU got shelved is just plain wrong.

@mythos I watched SGU live every week and I don’t really care if downloading Warehouse 13 doesn’t help I just don’t want that sh*t house network syfy getting any support!

@Starscapesg1 – I think you missed my point(s). 1) You said you would “support it that way” in reference to downloading Warehouse 13. But that doesn’t support it. 2) If you were to be counted in any way of supporting Warehouse 13, it would be by watching it on Syfy. So by not doing so, not only are you not supporting it, you’re actually working against it. 3) Syfy doesn’t have some sort of stranglehold on the genre. These shows could go elsewhere – if others were interested in them. 4) The goal should be to watch any good scifi… Read more »

I think you guys might be jumping the gun on StarscapeSG1. He could be buying and downloading the episodes through iTunes or watching it via IPTV which WOULD be supporting the show. Incidentally, I believe Universal Media Studios owns the show and they are owned by NBC who also owns SyFy so either way you would technically be supporting SyFy whether you download it through iTunes or watch it live. I wonder why everyone automatically links the word ‘downloading’ with illegal downloading.

SyFy? what is that? Ohh that reality channel…no I do not watch that channel anymore

@StygianInq – People whom are buying episodes are almost always specific in that they’re doing so. When people just say downloading, they generally mean via torrents or another unofficial means. And I should clarify that I’m not meaning any of this as any sort of attack against Starscapesg1. I’m just trying to clear up some misconceptions that people seem to have. And one of the biggies when it came to SGU was that downloading the show was somehow supporting it. And for the record, even buying the episodes on itunes has limited effect on the future of the show. As… Read more »

The problem is most people who watch sci-fi don’t have Nielsen boxes. And most people who have Nielsen boxes do not watch sci-fi. This is why in almost every case sci-fi will always fail and its been this way since the creation of the Nielsen boxes, long before the advent of downloading came along. Remember Star Trek? My dad and I have been watching the remastered series and I was thinking back on how and why it was canceled. Back at the end of Season 2, much like SyFy and SGU, NBC was going to cancel Star Trek. Much to… Read more »

@Browncoat1984 – I agree with your logic…the problem is that SGU doesn’t fit into it. Where are the huge dvd sales? Where are the legions of fans rocking the boat? There’s no material events that one can point to in SGU’s situation to merit the idea that it was more popular than the ratings indicated. When NBC saw the legions of screaming fans over Star Trek, they used all of that as an indicator to sponsors that the show was liked and watched. But that only bought them a short amount of time to prove it – which they couldn’t.… Read more »

@mythos Since you’re so big on evidence,why don’t you show some evidence to support your constant attacks on Brad Wright,since he says something different.So basically it’s your word against his.You try and work it out who’s has more merrit.

Btw..another one bites the dust..Eureka,by,by!
Everything seems to be going according to “plan” with SyFy!

Where’s your bottom line in canceling Eureka?
There sure is bottom line,you just don’t seem to understand what it is.

@Jim – I have shown evidence before, not that it matters. People will ultimately believe what they want to believe. But really all of the evidence exists within Brad Wright’s title. It was his job. If he had bitten the bullet and said he had no choice, many, myself included, would have likely respected that. But that’s not what he said. He said better show, bigger audience. He failed on both accounts. Then he blamed the people who did watch Stargate religiously up until SGU for it’s demise. Well, he’s right. Those people stopped watching and it didn’t find a… Read more »