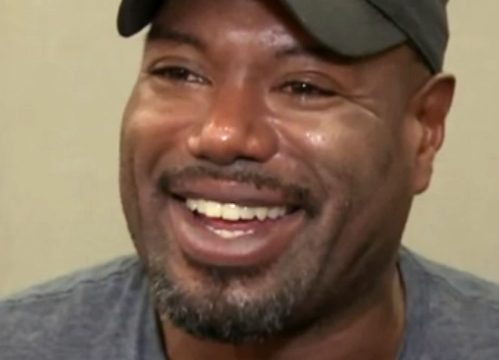 Stargate‘s Christopher Judge (“Teal’c”) may be headed back to your television with a role in a brand new science fiction series.

Speaking in an interview with Red Carpet News TV at last week’s London Film and Comic Con, Judge hinted that an announcement about the show is coming very soon.

“It’s a sci-fi show,” Judge said. “We are going to announce soon. We’ve already signed a deal with a certain company, and I think fans will get a kick out of who it is. And we are in negotiations with a second company that also fans will get a kick out of, because they are doing some of the best stuff in film right now. And it will be only their second foray into television. I can’t wait to let it out of the bag.”

The actor said he believes both Stargate fans and sci-fi fans in general will be excited about the new show.

“The announcements will probably be relatively soon,” Judge said — “probably in the next month or so.”

Judge has previously spent years working on writing and producing a new fantasy series Rage of Angels, which was picked up for development by Starz Entertainment in 2010 and was believed to be on its way to shooting a pilot (story). If that’s not the series Judge is talking about, it’s likely still languishing in development hell.

In the meantime, he’ll make an appearance in Christopher Nolan’s The Dark Knight Rises, opening in theaters around the world next week (story).

Judge also appears in the upcoming film “To Have and to Hold,” a period piece based on the classic novel set in 1619’s Jamestown, Virginia colony. He’s in Cambodia this week to begin filming another new project.

Watch the full interview below, courtesy of Red Carpet News TV. Judge also talks about his years on SG-1, Teal’c’s journey (and fashion choices), and the show’s staying power.

(Thanks to Stig for the tip!)

Maybe it’s the sci-fi miniseries Joe Mallozzi co-wrote and was talking about on his blog recently? He said it was due to start shooting in a few weeks.

[…] teased  Gateworld.net about the unnamed project, saying, "It's a sci-fi show. We are going to announce soon. We've […]

[…] teased  Gateworld.net about the unnamed project, saying, “It’s a sci-fi show. We are going to announce soon. […]

I hope there are more like myself, that would like to see more SG Atlantis with some of the SG1 actors involved.
I also have been wanting to see the SG1 series done in BlueRay. If they can do Starwars the first motion picture, thy can do Stargate SG1 (I hope)!