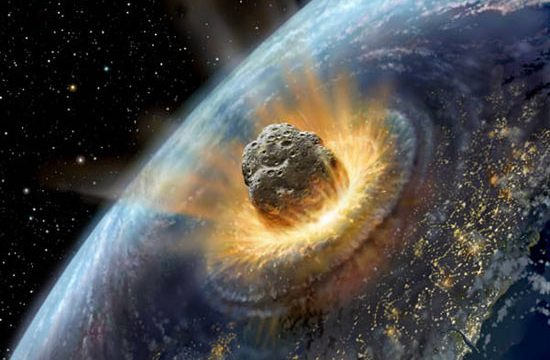 The asteroid dubbed “Apophis” is set to pass by the Earth this week … hopefully doom and destruction of all puny humans NOT to follow.

The 900-foot rock was named after the Goa’uld System Lord (who threatened Earth more than once, including in the Stargate SG-1 second season premiere “The Serpent’s Lair”) by astronomers who are also Stargate fans (story).

Apophis will swing back around for another run at Earth in 2036, which may provide a window for a closer pass — or even an impact.

Let’s get the hell out off this planet. We can not change anything. Main thing is that we can not change our human nature. It is most destructive force on the planet. Asteroid “Apophis” least of our problems. Humanity is able to destroy it. But to unite for this purpose, we are not able to. Prove that I’m wrong. Prove otherwise.

any idea when the best moments and where to see will be?

I hope it’s not filled with naquadah!

Apophis won’t hit us. It missed the ‘keyhole’. It will come closer to us than some of our satellites, however. It should be a good show, but no actual danger.

And once again for the I don’t know how many times I have been watching every Stargate Episode.I have them all and the movies.Right now am about halfway thru Season 4.
Stargate is one fun science fiction show !!!

actually … the next pass will be in 2029 and there will then it potentially impact us in 2036 IF it hits a 100km wide “keyhole”… chances of it hitting that keyhole are pretty low … not sure of the exact odds.

Scientists already determined recently that it is going to miss earth just check out space.com

so i just read … well that’s good news. i can cancel that order for extra brown trousers..

i must point out that apophis does not pass us till the middle of febuary as stated by prof brian cox on the bbc 2 show stargazing live in the uk.