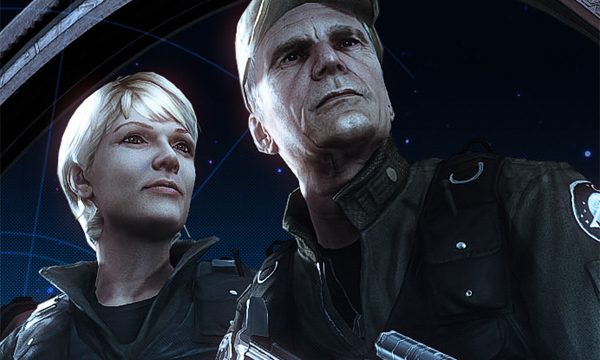 European game-maker Arkalis Interactive has passed along some brand new details and images from Stargate SG-1: Unleashed, the upcoming interactive game set in the Stargate universe.

Unleashed is much more than just an ordinary mobile app: It’s an original SG-1 story, with built-in interactive elements to put fans into the action.

The story is written by Sally Malcolm, whose previous Stargate credits include the tie-in novels Stargate SG-1: A Matter of Honor, The Cost of Honor, the novelization of Atlantis‘s Rising, plus the SG-1 and Atlantis audio dramas Gift of the Gods, Savarna, Perchance to Dream, and An Eye for an Eye.

Parts of the story will play in full cinematic form (a la the trailer below).

Unleashed will be released on iOS on March 7 for your iPhone or iPad. The Android version will follow a month later.

To see full-sized versions of ALL the new art and wallpapers, check out GateWorld’s new SG-1: Unleashed image gallery! Keep your browser locked right here for more on the game in the weeks ahead. 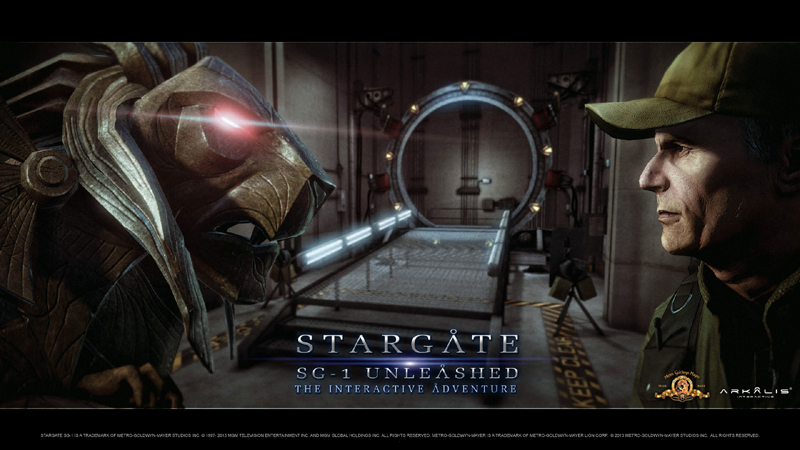 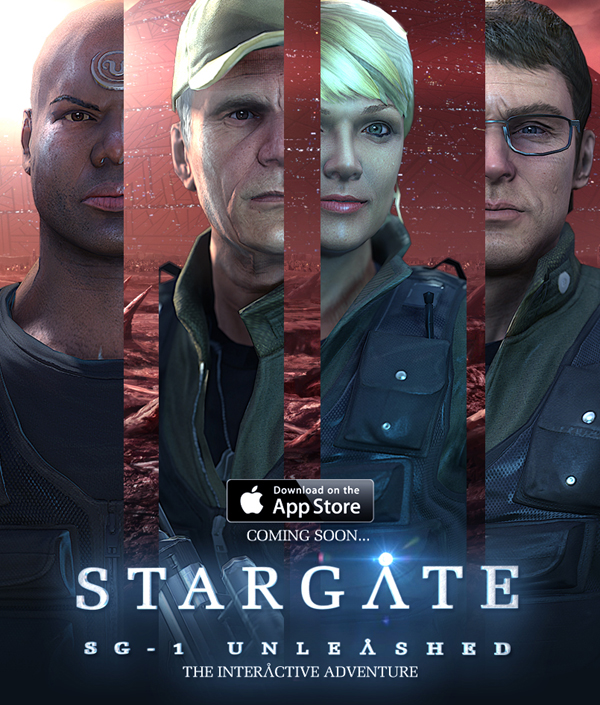 Hmm… Teal’c’s hair is missing. I wonder if that implies something about the timeline of the game.

But look at Daniel’s glasses – they are season 10+! and why has Sam got a dangley gold earring?

Hope there will be an SGA version at some point!

It’d be freaking amazing if, after completing the “game” or whatever it works out as, you can then watch it as an animated episode. Not with the “gameplay” footage but sort of like unlocking a “full cutscene” version where it’s all pre-rendered.

Oh, and judging by the MP5 in Jack’s hand I’d say this takes place in the first 4 or 5 seasons of SG-1 continuity(which also explains the lack of Mitchell and Vala).

Ben, this is the real SG-1. There is no place for Mitchell or Vala. Mitchell did end up growing on me but he was no O’Neill. I just wanted Vala to get killed.

Mitchell was alright, hell i’d bring back Jonas over Vala.

Finally something to do ………Vala rules….

I agree with jimv, Mitchell grew on me as well and wasn’t too bad, Vala was just really annoying and irritating, the only good thing about Vala was the introduction of Adria in her tight leather clothing, but definitely Jonas over Vala, and both Mitchell and Vala still couldn’t account for the gap that O’Neil left. But I am really looking forward to this game, hopefully given time and perhaps more installments of sequel games to this one, then hopefully there might be some more Stargate with any luck.

It’s obviously set pre-season eight. Chances are it won’t be “canon” anyway, so no need to stress over it.

if this is like season 5 why jack and guys are older? and jack has gray hair… but i relly hope that they end up doing series again.

I personally wouldn’t say “real” or “not real” or imposter. Just SG-1 Classic and SG-1 with Vanilla.

I personally liked Mitchell as I could relate to the fanboy side of the character… Vala was entertaining but at that point the show felt a little crowded.

But I was wondering why they look older if it’s prior to the P-90 switchover… I assume it’s for recognition from what people recall most recently so that no one goes “That doesn’t look like what I remember those characters looking like!”

Here’s a great answer to all of the “when does this game take place” questions. They showed a solar flare in the trailer did they not? There ya go. It’s from all over the timeline!

Regardless of when this occurs in the contunity I’m confident the story is going to be canon because this is Sally Malcolm’s work. If you haven’t read her books or heard the audio dramas she wrote, I highly recommend them. She knows the series and she knows its canon. She’s not going to disappoint us.

[…] Gateworld reports that the game will be released March 7 for iPhone and iPad, with a Android version coming at a later date. […]

The game engine under this could be freed to create new “animated” episodes.

As far as a timeline goes, I’m going to guess somewhere during season 3. Danial cut is hair for the last two episodes of season 2 and he has short hair in the picture. Jack also has an mp5 in his hand which is post season 4.

If they were gong for a likeness of the actors, they missed the mark.

At what TIME on March 7 is this being released? 3:02pm and still no game. Im antsy!

Arkalis website has updated the date of release to March 14, fyi