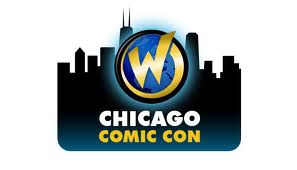 August in Chicago, Illinois is a good time and place to be if you’re a Stargate fan.

This year it became the only United States location for Creation Entertainment’s Official Stargate Convention.  The penultimate edition — Creation recently announced 2014 would be its final Stargate-centric event — will be held August 16-18 at The Westin O’Hare in Rosemont.  But if you’re already near the Windy City, the weekend prior will also include a huge convention in the same general area that will feature some Stargate love and former cast members of its own.

The Wizard World Chicago Comic Con (they also hold cons yearly in other states like Missouri, Texas, Pennsylvania, Oregon and more) is bringing their brand of convention fun to the area from August 8 to 11 at the Donald E. Stephens Convention Center — also in Rosemont.  Not limited to just one intellectual property or franchise, the Wizard events are a celebration of geek pop culture as a whole and include something for everyone: gamers, comic book lovers, genre TV and movie fans, and more.

Each year, the Wizard events have always included nods to the Stargate franchise with actors from all three series popping up on its guest list.  Previous years have featured appearances from favorites like SG-1‘s Colin Cunningham (“Major Davis”) and Lou Gossett, Jr. (“Gerak”),  Julia Benson (“Lt. Vanessa James”) and Alaina Huffman (“Tamara Johansen”) from SGU, and Atlantis‘ Paul McGillion (“Carson Beckett”).   This year is no exception.

Morena Baccarin, fresh off her Emmy nomination for Homeland (story), will be on hand for the event that Saturday and Sunday.  Baccarin played the adult version of Adria in the final season of Stargate SG-1 along with an appearance in The Ark of Truth.  She’ll also be joined by some of her former Firefly co-stars like Alan Tudyk and Summer Glau for a mini-reunion.

Stargate Universe will also receive some much-needed convention attention with the appearance of Robert Knepper.  Knepper portrayed the villianous Lucian Alliance member Simeon in the final season of SGU, a pivotal recurring character whose actions had long-lasting ramifications for the crew of Destiny.  Knepper’s previous genre credits include stints on series like Star Trek: The Next Generation and Voyager along with a year-long stint on NBC’s former genre series Heroes.

Additional actors showing up for the event will include personalities from a wide array of genre programs, including Smallville, Warehouse 13, Arrow, Doctor Who, Buffy the Vampire Slayer, The Walking Dead, Star Trek, and many more.

If you’re a fan of Baccarin’s or Knepper’s work in the Stargate franchise (or even outside of it), the Wizard World Chicago Comic Con will be a great chance to see them up close and personal — along with being an excellent precursor to the following weekend’s Stargate event.  GateWorld will also be on hand at both conventions, so if you see one of us, make sure to say hello!

Keep your browser locked to GateWorld for more convention news and updates in the weeks and months to come, including an official announcement on a brand new convention in 2014 that Stargate Atlantis fans in particular will not want to miss!