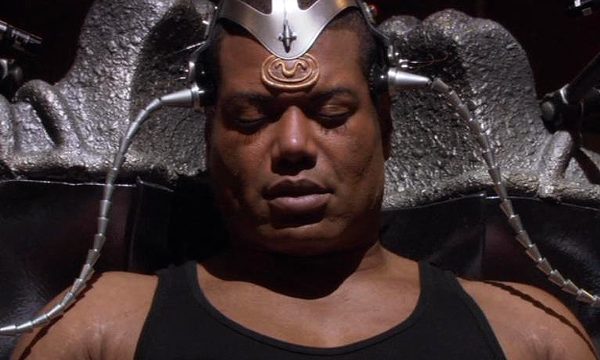 Teal’c is trapped in a virtual reality simulation, in which he must defend the base from a Goa’uld super-soldier incursion — but his inability to defeat the scenario eventually takes its toll.

Rewatch “Avatar” this week! Then post your comments below, or head over to the “Avatar” discussion thread and see what people were saying back in the day. What are your favorite moments?

i felt this was a really good teal’c episode! instead of just focusing on his courage and strength, it highlighted his insecurity and fears, and that was something new.

~alone, we lose. together, we will win!

This was one of my more favorite episodes. I felt bad for Teal’c though. I probably would’ve gave up a lot sooner then he did. Teal’c realized something was wrong early on but kept going. I wouldn’t have. I would’ve laid on the ground. Lol. Good episode to watch again.

This was a great Episode. It so made me want to play the game, but sadly it was never released.

With all of the great possibilities for a game from Stargate. It’s a true shame nothing good at least by console/PC standards has ever been made by a big publisher. The best I’ve seen is a mod for Star Wars Empire at War called Stargate Empire at war.

“Walter is never actually seen on screen in the episode, either inside the game or outside.”

Incorrect. He gets zapped by Daniel while dialing the gate to get rid of the overloading generator.