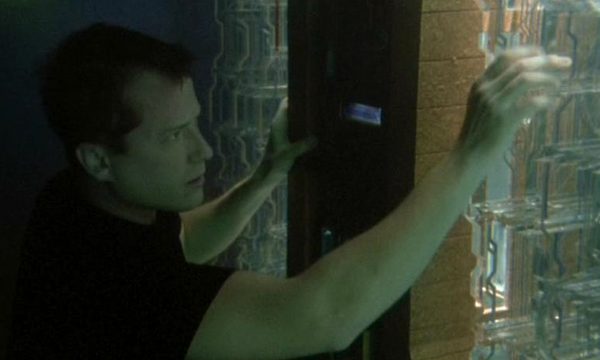 SG-1 boards an abandoned Goa’uld mothership that has mysteriously arrived in Earth’s orbit, and must escape the doomed vessel when it crashes into the ocean.

Rewatch “Descent” this week! Then post your comments below, or head over to the “Descent” discussion thread and see what people were saying back in the day. What are your favorite moments?

Dagwood, got to love it.

loved the scene where sam and jack almost drowned. well not loved, but i thought it was creepy and really well done.

and they both looked hot wet. :p

After watching this episode again. I really did wonder if Jack chose Jonis to keep the Russian off the team. Jonis had proven himself many times over before things seemingly were going well for him. Its too bad the character didn’t stay on longer.