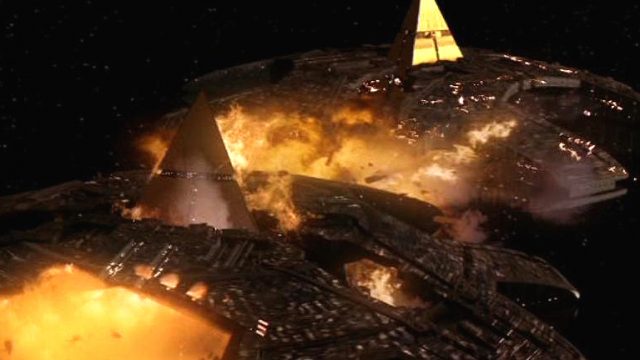 Trapped on board a Goa’uld attack ship, SG-1 must stop Apophis’s invasion force before it reaches Earth — and escape with their lives.

“The Serpent’s Lair” on GateWorld:

Download “The Serpent’s Lair” now from Amazon or iTunes!

Rewatch “The Serpent’s Lair” this week! Then post your comments below, or head over to the “Serpent’s Lair” discussion thread and see what people were saying back in the day. What are your favorite moments?

I remember watching these episodes when they came on TV. It was a family affair at the time. We were all glued to the TV and wondering what was gonna happen next. Klorel never amounted to much in the series. It would’ve been nice to see his character have more in the show.

One great episode I didn’t start watching SG-1 Until almost the 4 season but this one stand out.