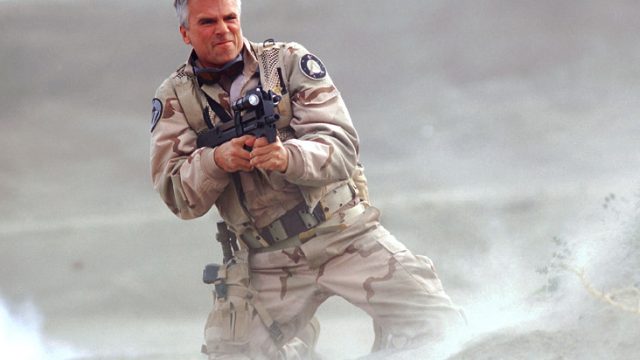 SG-1 helps to evacuate the Tok’ra to a new base — but matters are complicated when a spy reveals their location to Apophis. The team attempts a daring plan to take out the Goa’uld’s powerful fleet.

Rewatch “Exodus” this week! Then post your comments below, or head over to the “Exodus” discussion thread and see what people were saying back in the day. What are your favorite moments?

Considering there is only one stargate at the black hole, shouldn’t this mean they would never be able to dial the black hole again? Yet, they do reference giving the address to an enemy and I’m sure it is referenced/used another time after that.

@Mrja84
Not sure about that, when the star exploded the Stargate was most likely destroyed by the heat.

They can handle a lot of force but I doubt an exploding sun is one.

When the Stargate exploded on this side it may of translated the energy through the wormhole but not destroyed the other one.

I like this two-parter set. The idea of blowing up a star…awesome. Though I have to say, i was not keen on the new Apophis…too corny.