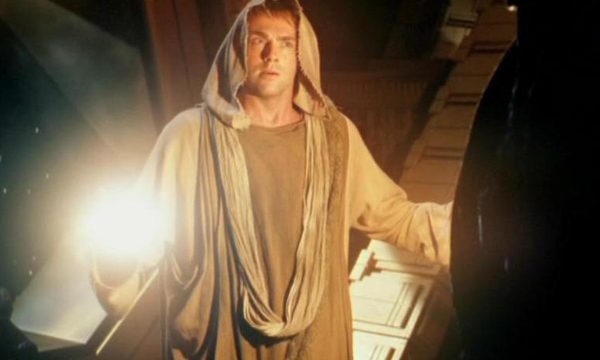 SG-1 is called to defend the people of Abydos from the Goa’uld once again when Daniel Jackson returns with a warning that Anubis, in search of a powerful device, is about to attack.

Rewatch “Full Circle” this week! Then post your comments below, or head over to the “Full Circle” discussion threads and see what people were saying back in the day. What are your favorite moments?

The “lost city” was a “city lost in fire”, which turned out to be Taonas. It did hold the key to defeating Anubis (the ZPM), which ultimately led them back to Earth, to the drone chair under the ice of Antarctica. And it was THERE that they discovered how to get to Atlantis.