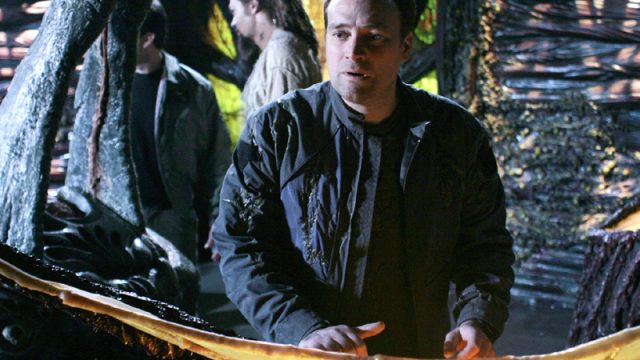 The team desperately attempts to stop two Wraith hive ships from reaching Earth. Sheppard must rely on an old foe to rescue McKay and Ronon.

“No Man’s Land” on GateWorld:

Download “No Man’s Land” now from Amazon or iTunes!

Rewatch “No Man’s Land” this week! Then post your comments below, or head over to the episode discussion thread and see what people were saying back in the day. What are your favorite moments?