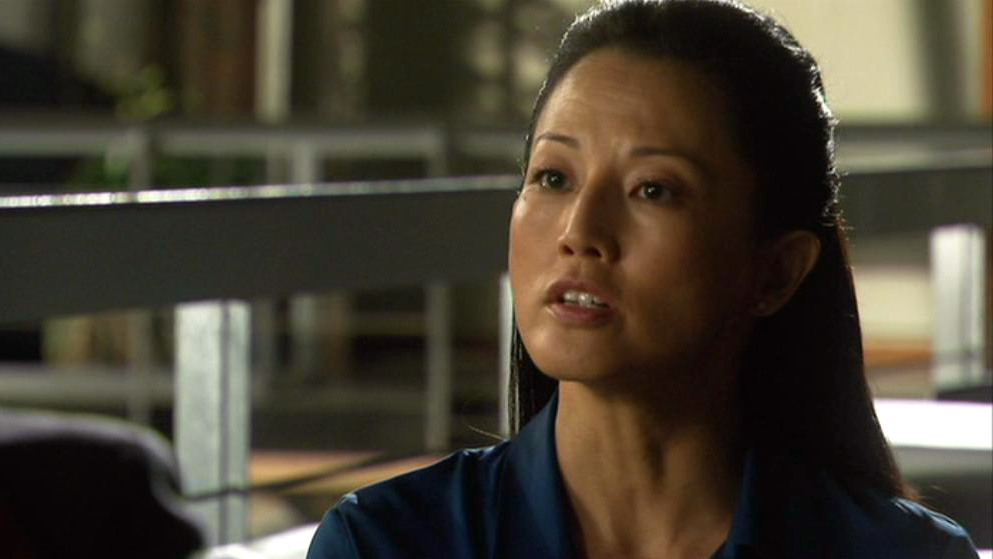 Chinese International Oversight Advisory representative. She is a graduate of Bejing Foreign Studies University and London's School of Economics and Political Science, as well as the former attaché to the Chinese Mission in the United States.

Xiaoyi is familiar with Dr. Daniel Jackson's history with the Stargate Program, including the fact that he solved the mystery of opening the device. Despite her cordiality with United States-based Stargate operations she believes her government can do just as good a job at managing a Stargate Program -- even if it means taking it away from the U.S.

Expecting a thorough inspection of Earth's Gamma Site, Shen was unimpressed with the cordial glazing the Advisory members received on the grounds that the facility is U.S. military-owned. She expressed her displeasure to Dr. Jackson, who swore that even if the Stargate Program was based in China he would gladly accept an invitation to continue his work.

Xiaoyi and the rest of the delegation were evacuated from Gamma Site by SG-1 when R75 insects broke containment, killing several personnel. While the delegates hid in caves nearby the base was destroyed, cutting off any departure via Stargate. Shen sprained her ankle while in retreat to Gamma Site's research station. Shortly afterward she and the others were rescued by the starship Odyssey.

Following her return to Earth, Shen took a leave of absence from her duties at the I.O.A. She eventually returned to Stargate Command with Colonel Chekov to remind General Hank Landry that the treaty with the Russians would soon expire. Later she visited Atlantis to perform a performance evaluation on Richard Woolsey following his appointment as expedition leader -- but Woolsey soon realized that she may be gunning for his job.

The Scourge - Shen Xiaoyi represents China's interests in the delegation to inspect the Gamma Site, and is displeased with the non-thorough nature of their visit.
Crusade - Shen attends the private meeting with General Hank Landry and Colonel Chekov to emphasize China's interest in returning the Stargate to Russia.
No Man's Land - Shen visits Stargate Command when Dr. Weir is recalled to Earth, and called to account for her decisions that led to a Wraith hive ship heading for Earth.
Remnants - Shen visits Woolsey in Atlantis to evaluate his performance as base commander, but instead tells him that the I.O.A. is reassigning him. She secretly hopes that she will be appointed to his position.