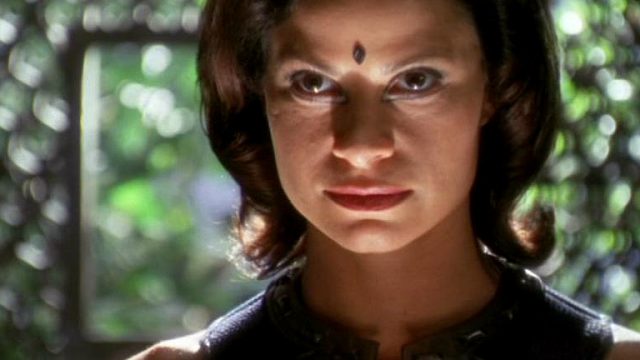 SG-1 attempts to save a planet’s inhabitants from Nirrti’s genetic experimentation, but find themselves to be her next victims.

Rewatch “Metamorphosis” this week! Then post your comments below, or head over to the “Metamorphosis” discussion thread and see what people were saying back in the day. What are your favorite moments?

Note the coincidence that Metamorphosis is being broadcast on air today, 4/25/16, on Comet TV at 12PM EDT and also 10PM EDT. SG1 is broadcasted on Comet TV Monday through Friday, 12PM – 2PM EDT and repeated again 10PM – 12PM. Additionally, SGU is on Saturday and Sunday 6 – 8PM.