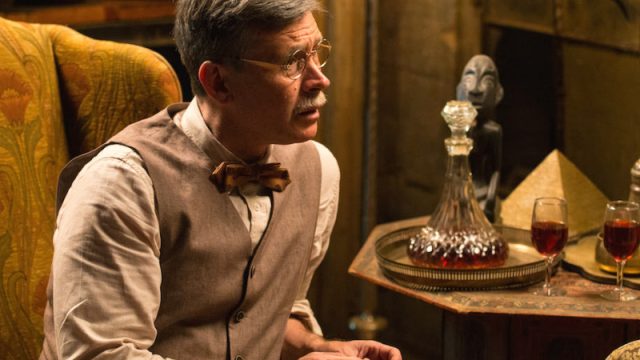 MGM has pulled back the curtain on the production of Stargate Origins, today releasing a pair of teaser videos and the first photos from the set of the new digital series.

Included among the treasure trove is our first look at Origins co-star Connor Trinneer in full costume. He’ll play Professor Langford, father of Catherine Langford (Ellie Gall) and the lead researcher attempting to crack the code of the Stargate.

Trinneer is best known to sci-fi fans as Charles “Trip” Tucker on Star Trek: Enterprise. From there he joined the Stargate family, playing the Wraith hybrid Michael in a recurring role on Stargate Atlantis.

Professor Langford was first played by Erik Holland in the 1994 Stargate feature film. Duncan Fraser took up the role for the SG-1 episode “The Torment of Tantalus,” in flashbacks set in the year 1945. 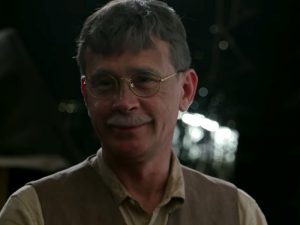 Origins is set a few years before that, after the Stargate made its trans-Atlantic journey at the outbreak of World War II (Stargate: Continuum).

Langford led the archaeological dig that unburied the Stargate in Egypt in 1928 (Stargate the Movie).

Look for more of Connor Trinneer from the set of Stargate Origins in the brand new behind-the-scenes video below! The show will make its debut on StargateCommand.co at the end of this year or early in 2018.

In the meantime, keep up with the latest Stargate Origins news right here at GateWorld, or follow us on Twitter.