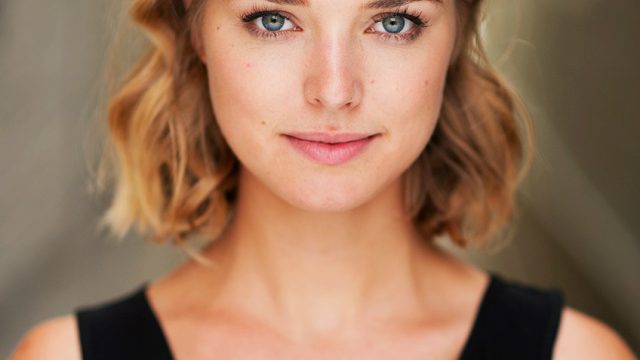 Production is in full swing on Stargate Origins, the new digital series coming to MGM’s Stargate Command platform. Leading the series is Ellie Gall as Catherine Langford, the character who recruited Daniel Jackson into the Stargate program more than six decades after her father discovered the ancient portal buried in the sands of Giza Plateau in 1928.

Just what happened in those intervening years is the story that Stargate Origins wants to tell.

Hot on the heels of the studio’s casting announcement GateWorld had a chance to ask Ellie seven questions! Our thanks to her for taking a break from filming to answer them for us.

If you live in the L.A. area, look for Ellie in her very first Stargate fandom appearance this weekend at the Los Angeles Comic Con.

GateWorld: Welcome to the Stargate family, Ellie! Tell us a bit about the path that led you to this role.

Ellie Gall: I got my first acting job when I was 12 and started working on and off since I was 15 in Australia, up until I booked A Midsummer’s Nightmare last year. It’s always been a dream of mine to move overseas, and especially to L.A., so after finishing up on Ash vs. Evil Dead in April I made the move.

GW: Have you done any work in the sci-fi genre? Would you consider yourself a fan? What is it about this form of storytelling you find appealing? 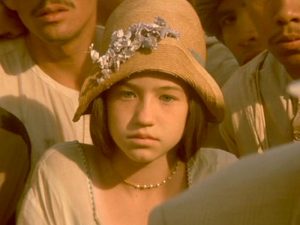 EG: This is my first time working in the genre! I would consider myself a fan. I love how the genre has such a sense of wonder.

GW: Have you seen the original Stargate feature film yet? I wonder what your first impressions of Catherine’s character are.

EG: From watching the film, I was immediately intrigued by the young Catherine and her relationship with her father. The opening scene with her in Egypt discovering the Stargate with her dad really sets her up as someone who has not had your typical childhood, which is a great foundation for me to work with.

GW: Are you looking to any of the previous performances of the character (Viveca Lindfors, Elizabeth Hoffman, and others) to inform your work here?

EG: I didn’t turn to previous performances of Catherine to inform my own. What’s so exciting about Catherine is that I get a clean slate with her at this age. Justin [Michael Terry] and Mark [Ilvedson] have done a fantastic job writing an amazing character and have given me so much to work with.

GW: You’re working alongside Connor Trinneer in the role of Catherine’s father, Professor Langford. Connor is someone Stargate (and Star Trek) fans have watched and loved for years. How do you feel about sharing the screen with him? 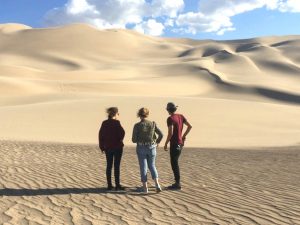 EG: Connor is incredibly talented and has such a commanding presence on screen. I’m so excited to be working with such a veteran of this genre.

GW: Behind the camera is Mercedes Morgan directing the project. What can you tell us about working with Mercedes and what she brings to the table?

EG: Mercedes is doing an amazing job bringing the series to life. It is such a dream to work with a talented female director who is actually close to my age. Every day she makes space for an amazing collaborative and creative energy on set, and that is translating beautifully in the work.

GW: Any final words for fans who are excited to see the franchise’s return in Stargate Origins?

EG: You guys are in for a treat, and I only hope you love it as much as we are loving making it.

Stargate Origins is expected to premiere in late 2017 or early 2018 on Stargate Command. Keep up with the latest news with Gateworld’s SGO news page!

I wonder if there will be a cameo by Colonel Mitchell. He was around shortly after they discovered the Stargate!

Even a small Mitchell cameo would be great, but I fear they want this stuff to stand on its own.