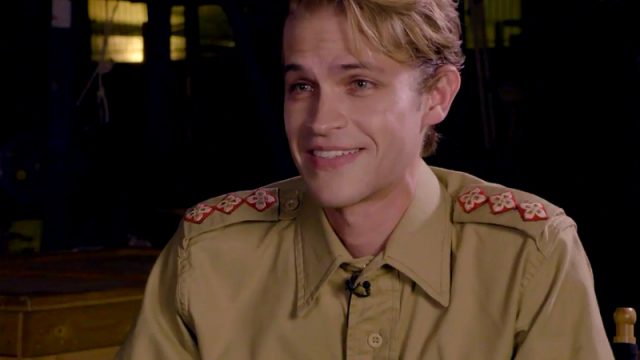 When the Stargate reopens on February 15, long-time fans of the franchise as well as newcomers will get to meet a whole new cast of characters — and the actors who portray them. One of those is actor Philip Alexander, who plays the key role of Captain James Beal on Stargate Origins.

Alexander talked about his character in a new interview with MGM’s Stargate Command — and also shored-up some details about the setting of the upcoming, 10-part digital series.

“Captain Beal is a young British officer who is stationed in Egypt,” the actor revealed. “He’s sort of assigned to the embassy. … It’s pre-war in Northern Africa and so things are heating up elsewhere but I think he feels quite like he isn’t where the action is.”

The interview gives us Beal’s first name (James) and confirms speculation that Stargate Origins is indeed set in Egypt — though evidently before World War II has broken out in Europe. Appearing on the behind-the-scenes videos released so far is the large wooden crate, labeled “Langford,” that will be used to transport the Stargate by ship across the Atlantic ocean at the start of the war (Stargate Continuum).

[UPDATE: Stargate Command editor-in-chief Kieran Dickson confirms in the third installment of the Official Stargate Podcast that the show is indeed set in 1938.] 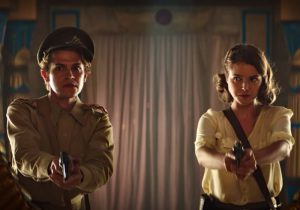 “[Captain Beal’s] relationship with Catherine is that she is this sort of driving force of adventure in his life. But Beal is very strategic, he’s very cautious, and most of all he cares about Catherine.”

The two will evidently set out on an adventure to save Catherine’s father, Professor Langford (Connor Trinneer), from the Nazis.

So is the actor anything like the character he portrays?

“I think Beal is a bit more cautious than me,” he said. “And I think he spends a bit more time strategizing. I think deep down, though, Beal is quite sensitive. And while he does have this uniform that he puts on and he has a title and a position within the military I think this story really puts him to the test. And everything that he thinks he knows about what his life would be like and his own strengths really are tested.”

Visit StargateCommand.co and sign up for the All-Access pass to watch the complete, 11-minute interview with Alexander — and to be ready for the premiere of Stargate Origins! The series premieres February 15 on the streaming service.

You can keep up with the latest Origins news here at GateWorld, and visit our SGO primer to find everything we know about the show so far. And GateWorld’s complete Stargate Origins episode guide with scene-by-scene analysis launches next month!

Good catch there, Matt. Unfortunately I’d say that the continuity error belongs to the SG-1 writers. The notion that Catherine is 4 or 5 years old in the Giza scene in the film is not plausible.

My way to work that continuity error is to assume that when Catherine said “The military had very little use for a 21 year old girl at that time.”, “at that time” means the start of the program which could have been when the Gate made it to the US, late 1930s or so.
Yeah, sketchy but it works out if you don’t think too hard about it.

I agree with Darren. Let’s just pretend she said 27 in Torment of Tantalus, and everything fits nicely. There are a lot of continuity errors between the movie and SG-1 season 1. One more does not make a difference.