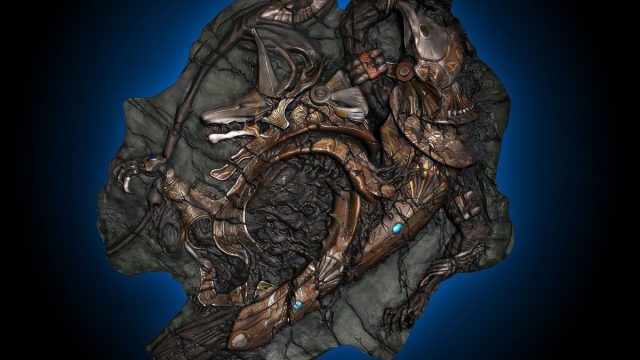 Nearly a quarter-century after Stargate kawooshed into theaters, this is just about the coolest movie prop replica we have seen.

Dallas-based Chronicle Collectibles has announced that it is making a 1:2-scale replica of the Horus and Anubis guard fossil.

In the Stargate feature film the fossilized remains of Ra’s guards were uncovered near the Stargate on the Giza plateau in 1928. The U.S. military took this evidence of intimidating, possibly alien warriors as a sign that they could encounter hostiles on the other side of the Stargate.

The scene was cut from the 1994 theatrical release, but appears in the extended director’s cut.

The replica was created under license from MGM using high-resolution digital scans of the original prop, to which Chronicle gained access a few years ago. It measures 44 inches by 35 inches, and approximately 3 to 5 inches deep in different areas. It can be displayed flat or wall-mounted (as it is in the Creek Mountain bunker in the film).

The prop will set you back $999 U.S., with installment plans available. Shipments are expected to go out in the first quarter of 2019. Number of units to be produced is still to be determined — likely based on the number of pre-ordered the manufacturer receives.

Head over to Chronicle Collectibles to read more or to place your order! 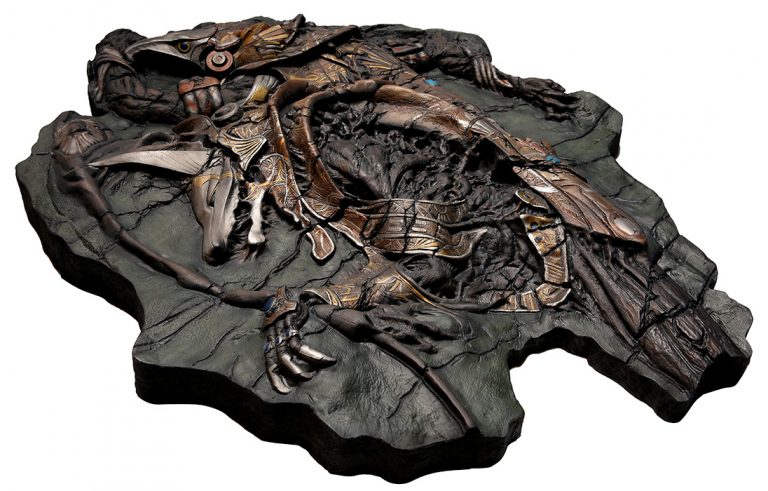 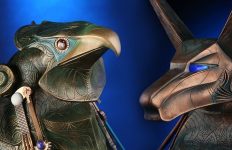 Stargate’s Horus And Anubis Helmet Models Are Back On Sale→