Stargate Origins posed a unique set of creative challenges to the writing team of Mark Ilvedson and Justin Michael Terry: Create a self-contained narrative that fits in the gap between the opening scene of the 1994 feature film and the modern-day story, resonating with Stargate’s long-established mythology, but not stepping on the proverbial flower beds.

The result is a story that moves deftly in and out of the familiar and the unfamiliar, as young Catherine Langford faces one challenge after another in her quest to rescue her father on a distant alien world. 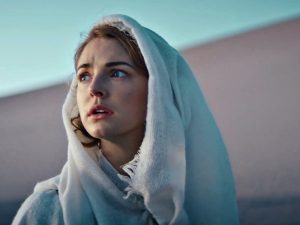 GateWorld had a chance to sit down with Ilvedson for an in-depth, two-part conversation about the challenges of the Origins story, character beats that changed during the creative process, and taking the Stargate movie as the point of departure.

“Wasif was originally going to be British, and was going to be named ‘Owens,'” Mark revealed. The collaborative process opened things up, dropping some extraneous characters and swapping out Ra’s First Prime Anubis for Serqet.

Part 1 of GateWorld’s exclusive interview with Mark Ilvedson runs about 22 minutes, and is available for your listening pleasure via the player above. You can also find it on our YouTube channel, or subscribe now to the GateWorld Interviews podcast wherever you get your favorite podcasts!