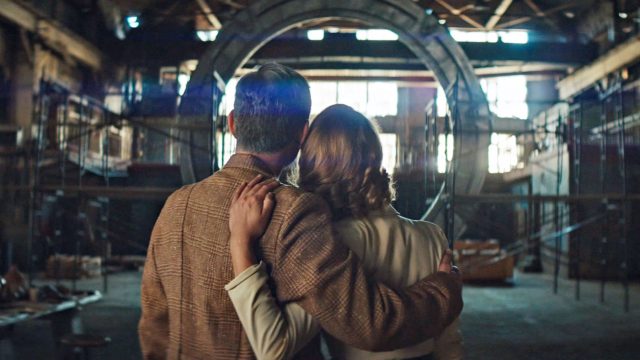 Fans who didn’t love the “webisode” format of Stargate Origins are in luck. The “Feature Cut” of the new digital Web series — titled Stargate Origins: Catherine — is now on sale.

Originally released as ten 10-minute episodes at StargateCommand.co, the refurbished, feature-length adventure is available in SD, HD, and 4K formats at digital retail outlets around the world (including Amazon, iTunes, Google Play, Amazon.co.uk, and others).

“We intentionally built our ten episodes to track a broader story so it could be experienced as a feature-length program,” Sam Toles, MGM Senior VP of Digital and New Platforms, said in the press release.

“We’re excited to share Stargate Origins: Catherine in this single, longer format and hope you enjoy the story in this new uninterrupted cut.” 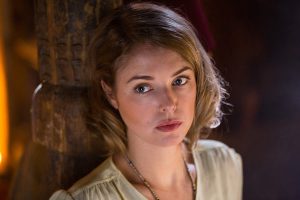 The Feature Cut will also serve to bridge subscription-based regional boundaries — an issue that severely limited Origins‘ initial run on Stargate Command. Existing All-Access subscribers will also be rewarded with a free download of the Feature Cut.

Lastly, it’s worth noting the addition of “Catherine” to the title (previously just Stargate Origins). Whether this is indication of more Stargate Origins stories remains to be seen.

Stargate Origins: Catherine follows the adventures of a young Catherine Langford in 1930s Africa, where an unexpected breakthrough (and ominous foe) result in a daring rescue mission through the Stargate and onto the sands of Abydos. Ellie Gall stars as the iconic Stargate matriarch.

Origins was directed by Mercedes Bryce Morgan with a script from writers Mark Ilvedson and Justin Michael Terry.

The first three episodes of Stargate Origins: Catherine can be found for free on Stargate Command. The other seven are available exclusively to All-Access members.

I’m still surprised it’s taken this long to get the feature cut release. But if they’ve been working on the special effects and such, then it sounds like this isn’t just a slightly different cut, but that they were doing a whole new round of additional post-production. Either way, it’ll be nice to finally be able to watch Origins.

Sorry to disappoint, ViRGE, but it appears that aside from the new pre-title opening sequence (which is nice(!) – but doesn’t really appear to tie into the movie very well), the feature cut is practically shot-for-shot the same as the webisodes, with the spin sequences removed, some shots just before spin sequences removed, a post-credit bonus scene was removed, and a few shots near the end cut short where they really shouldn’t have been. And when I say shot-for-shot, I mean that if you open the feature cut and the webisodes side by side, each camera angle change happens at… Read more »

I did – I did miss a few subtle things. They removed a red dot from a floor and adjusted a few lens flares. I also missed that they removed another bonus scene which actually reduces the amount of gate activity we get to see.