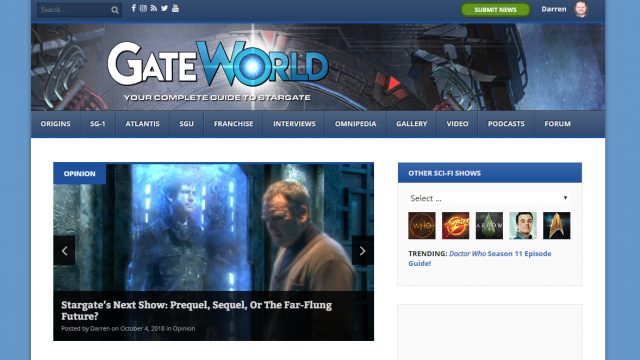 Today we’re taking a short break from our normal Stargate news and fandom coverage to mark an anniversary. GateWorld came online for the very first time 19 years ago today: October 22, 1999.

We’ll have a bigger celebration next year as we mark two decades of the GateWorld community. But today I want to say thank you, look a little bit at the past year, and consider what the future may hold.

It’s clear today that Stargate, as a fandom and as a franchise, stands on the edge of big change. SGU was prematurely cancelled and went off the air more than seven years ago. And while this year’s Stargate Origins was a nice little one-off adventure it has been met with mixed reviews — and the story wasn’t one meant to leave a lasting impact on the Stargate universe. Since the Web series finished in March, MGM has remained largely silent about its plans for Stargate. 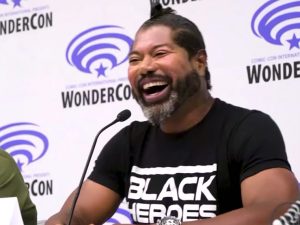 Christopher Judge has stated his desire to tell an Origins story of the Free Jaffa. Will it happen?

We know there are plans. Things are in the works. In July the studio invited me to sit on the Stargate panel at Comic-Con, and while there was no big announcement made it was clear to me that conversations were taking place behind the scenes — important conversations, with people I’m excited about, but conversations that take time. I do think that the next Stargate project (and there will be one) will end up better for the time they are taking to get it right.

I’ve appreciated the time we have had over the last year on the site to clear out the cobwebs, polish the silverware, and get ready for Stargate to return. We’ve done major overhauls both to the front of the Web site and behind the scenes, where the code monkeys code and the bills get paid. Last fall we launched “GateWorld 3.0,” with a new look and a platform that will let us do more stuff more easily. We’ve invested in new hardware and software, including a new Web server and video equipment, to keep the site going strong and to be ready for the next phase of Stargate.

We’re also bringing on new contributors and widening our coverage not just of the TV shows, but also of Stargate fandom at large. If you want to join us, now is a great time! And if you aren’t sure where to start, we have some ideas. Just bring your own unique talents, and your love of Stargate. 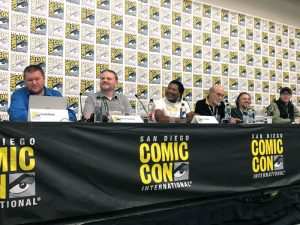 We’re going to keep covering Stargate. Not just the new stuff, of course. GateWorld is a place where all things Stargate are celebrated. So we’ll continue to create fun features and videos, and have more conversations, around Stargate SG-1, Atlantis, and Stargate Universe.

Out of our 19 years online, this has been an important one for GateWorld. Stargate Origins premiered online in February, and for the first time in seven years — known in online terms as an “eon” — we had a new official, live-action production to cover. There was breaking news and trailers; screen cap galleries and plot analysis; fan conversations, reviews, and new interviews. (More of those are coming soon!)

In the spring we relaunched our YouTube channel with new, original content — breaking news and interviews, character vids, Top 5 and Top 10 lists, and more. This year has been something of an experiment, one that I’d say has been a big success (growing from 900 subscribers to 18,000 in six months!). We have lots planned here.

In July GateWorld went to San Diego Comic-Con, joining our friends at Stargate Command for a day of celebration. There was the panel, where I sat next to Christopher Judge (“Teal’c”) and Tony Amendola (“Bra’tac”) and listened up-close to their hilarious stories from the set. In the afternoon we headed over to a party with the cast of Origins, followed by a sunset screening of the Origins feature cut on the deck of the U.S.S. Midway in San Diego Harbor. 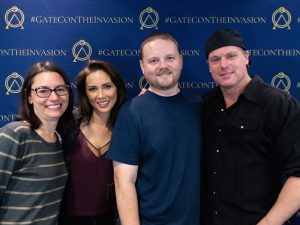 In September my wife and I packed up the car and drove north, across the Canadian border, to the city of Vancouver. It’s one of my favorite cities (and not just because Stargate filmed there), and I have years of fond memories here. But I haven’t been to Vancouver since 2009.

The Gatecon fan convention was both a homecoming and the start of something new. The fan-run event has been going about as long as GateWorld has — but this was my very first time attending. It was long overdue. Not only did GateWorld get to connect with the Gatecon organizers and volunteers, but we got to spend three days just hanging out with a few hundred Stargate fans. People who still watch and love the show, two decades after it started. People who still dress up in cosplay, make fan art, and get each other’s references.

We visited with old friends, and made some new ones. We sat down with Amanda Tapping and Michael Shanks. Drinks with Steve Bacic. Chatting behind the scenes with Simone Bailly. And a charity auction that raised more than $35,000!

Meanwhile Richard Dean Anderson has been doing the convention rounds himself, even making noises about wanting to do Stargate again. Think us fans are excited by that prospect? GateWorld saw its biggest single day of traffic since 2012.

Stargate Origins gave us something to write about again, but Gatecon rejuvenated me. Writing up news stories, making videos, kicking out cast and crew interviews — it’s just like the good old days. There’s a new energy here. 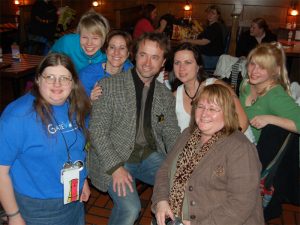 GateWorlders hang out with actor David Nykl (“Radek Zelenka”) at the 2008 GateWorld dinner in Vancouver.

A Web site born in 1999 … That’s older than many Stargate fans today. That’s before social media, before blogging, even before YouTube!

My thanks to everyone who has contributed to this site over the years, and especially to David (who has “graduated” to Stargate Command); to Greg (who keeps the server online); to Denise and Baggie (who still lead our 56,000-strong forum after all these years); to Chad (who started out covering conventions for GateWorld and is now a talent manager for the actors themselves!); and to Adam — who I’m proud to announce today is stepping into a new role as a site editor.

And thanks to you. Whether it’s your first visit or your 1,000th, you help to keep us going. You make the Stargate community, both inside GateWorld’s virtual corridors and out there in the big, wide world. We made GateWorld a Web site — and you made it a real community.

Now, a question for you: What do you want to see from GateWorld in 2019? As we celebrate our 20th year in the Stargate community, how can GateWorld continue to grow as your online home? 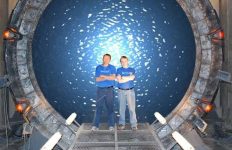 GateWorld Turns 20: Here’s The History of One of The Internet’s Original Fan Sites→ 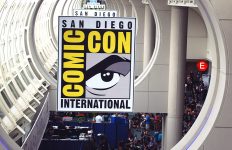 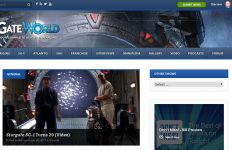 Great stuff Darren, may we have another 19 years!

There’s but one thing I need from Gateworld, and that’s not to do what Command has done by shutting out half the community.

Please stay the open and free stargate community, with access for all, and no elite layer for a select few fans from the “right” countries.

If you do that, then I’ll always come back for a chat with my (dysfunctional) stargate family.